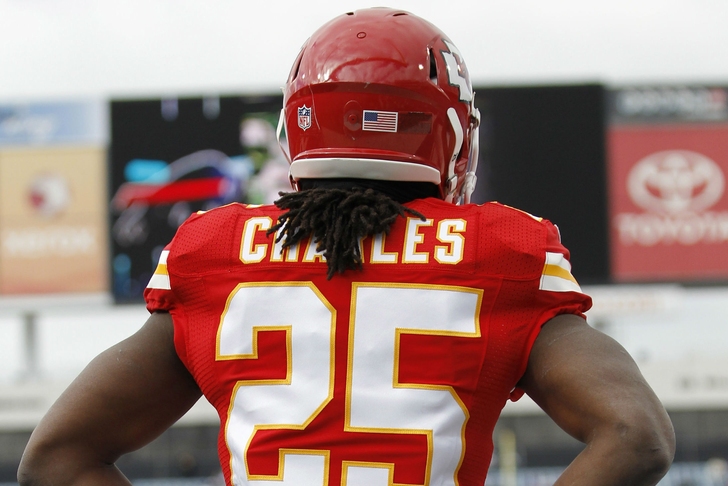 The Kansas City Chiefs and star running back Jamaal Charles have just reached an agreement on a new contract that will keep the three-time Pro Bowler from holding out for a pay raise.

Here's Ian Rapoport of the NFL Network with the scoop:

Jamaal Charles and the #Chiefs have struck a deal, source says. He’s heading to camp now.

Charles' new deal will pay him handsomely for his production over the past few seasons:

News of Charles' extension comes less than a day after Brad Stephens of KCTV 5 reported that Charles would not report to training camp under the terms of his old deal:

Charles was slated to make just $3.9 million in 2014 before the two sides came to an accord. His 2014 salary would have placed him behind 13 other NFL running backs in compensation and would have stood as 1/3 of what Adrian Peterson ($12 million) will make with the Vikings this year.

For the latest on Charles' new deal, stay tuned to Chat Sports and our Kansas City Chiefs team page.