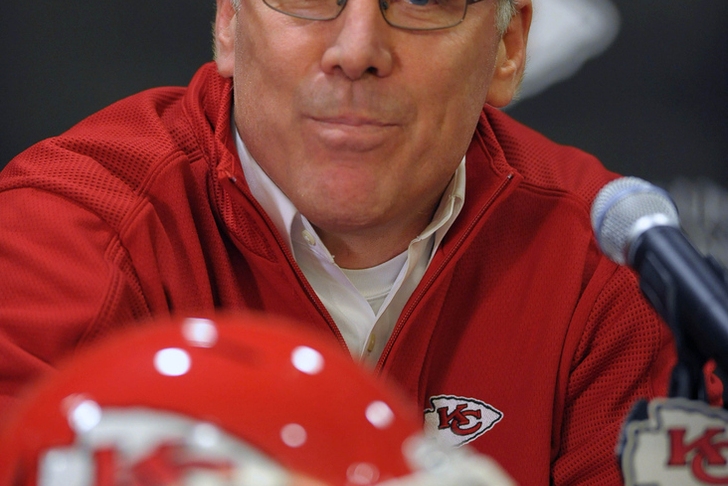 The KC Chiefs looked just recently to be right up against the NFL salary cap ceiling going into the 2014 season. However, the KC Chiefs could have a little bit more breathing room than previously expected.

ESPN.com's Adam Schefter is reporting that the 2014 NFL salary cap is expected to rise by as much as five percent, increasing from $123 million in 2013 to around $130 million this upcoming year.

If Schefter's projections are accurate, the KC Chiefs, who current are sitting at $125.76 million in salary cap commitments, could have as much as $6.62 million in cap space with their current roster construction.

Factoring in possible cuts and roster shifts over the next couple of months, the KC Chiefs and general manager John Dorsey could have a decent amount of room to make any upgrades they see fit.

Which, in turn, is good news for all KC Chiefs fans.