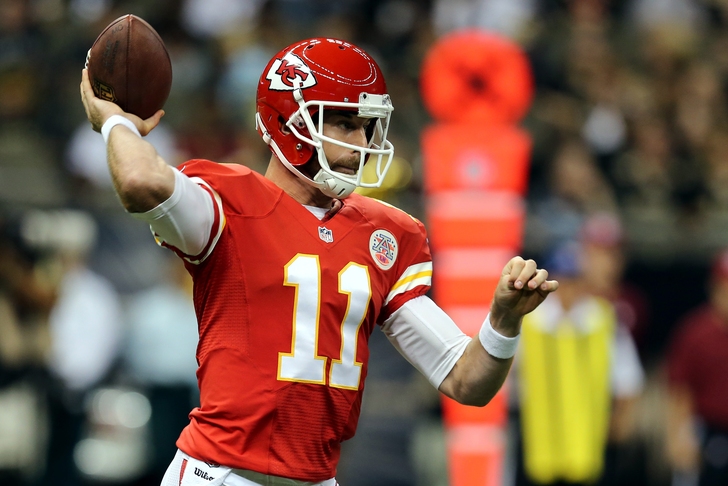 The KC Chiefs are looking at an interesting offseason after their debacle of a Wild Card round loss to the Indianapolis Colts this season, and it looks like some prognosticators are looking directly at the quarterback position as a spot to initiate some change.

According to ESPN's Ron Jaworski, the Chiefs could take a look at a possible new franchise quarterback to replace Alex Smith in the early rounds of the 2014 NFL Draft— "Alex Smith does outstanding things, but he's a stopgap guy. As much as he helped the Chiefs and as well as he's played lately, I don't look at him as a franchise guy."

Jaworski went on to give the KC Chiefs signal caller some credit for "calming it down after a season of turmoil in Kansas City in 2012," but ultimately Jaworski believes "the Chiefs need to look down the road."

Alex Smith threw for 3,313 yards in 2013, throwing 23 touchdown passes against just 7 interceptions. In the 45-44 NFL Wild Card round loss to the Colts, the KC Chiefs' quarterback threw for 378 yards and 4 touchdowns, going 30-for-46 on passing attempts. He was not intercepted in the loss.

KC Chiefs fans, listen up. Your home for everything Chiefs is here at Chat Sports. Follow our Chiefs team page today.