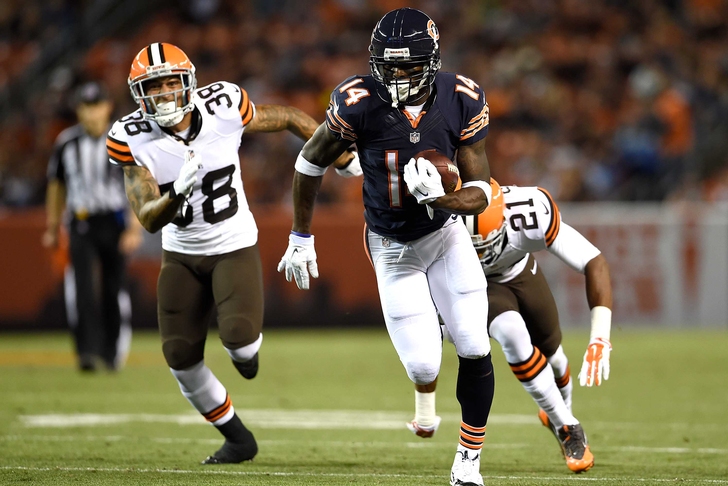 In this KC Chiefs news update, recently-released Chicago Bears wide receiver Santonio Holmes could be a free agent target for the Kansas City Chiefs if his recent visit with the team provides any indication.

According to a league source cited by Mike Florio of NBC's Pro Football Talk, the Chiefs recently brought the veteran wideout in for a conversation.

However, per Florio, "he didn’t work out for the Chiefs, and it’s unclear if he’ll be offered a contract."

The Super Bowl XLIII MVP played for the Pittsburgh Steelers and New York Jets prior to signing on with the Chicago Bears. He was troubled by a foot injury in both 2012 and 2013, but is seemingly healthy despite limited production during the 2014 NFL season.

Seeing that the KC Chiefs won't have Donnie Avery or A.J. Jenkins on the field for Sunday's game against the Seattle Seahawks, don't be surprised if a deal gets done between the Chiefs and Holmes sooner rather than later.