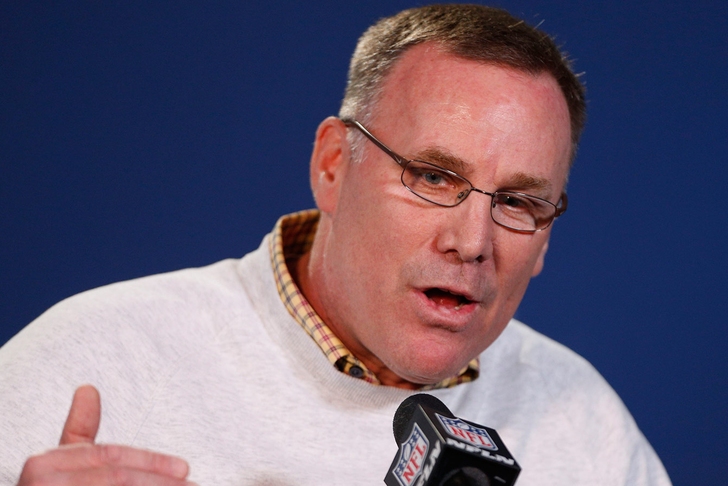 The world of the KC Chiefs is focused on the 2014 NFL Draft, with one noted ESPN writer believing that he has a handle on Chiefs general manager John Dorsey's drafting style.

In a mailbag for ESPN.com, writer Adam Teicher answered a question about the main differences between current KC Chiefs general manager John Dorsey and former GM Scott Pioli in regards to approach to the draft --

"The biggest difference under general manager John Dorsey is that the requirements for players seem to be a lot less rigid. Where former GM Scott Pioli wanted players to fit into a certain system and tried to fit the players to the system, now the Chiefs are more just looking for good players. They will mold the system around the abilities of the players."

It is unclear whether Teicher thinks this is a problem or not, but he does add that "having Andy Reid as coach" is a huge luxury when it comes to trying to "mold the system" to fit the most talented players the KC Chiefs can find in the NFL Draft.

While former general manager Scott Pioli was more careful about picking "KC Chiefs" guys, the combination of Dorsey and Reid may be enough to start picking the best athletes they can find in the 2014 NFL Draft and beyond.