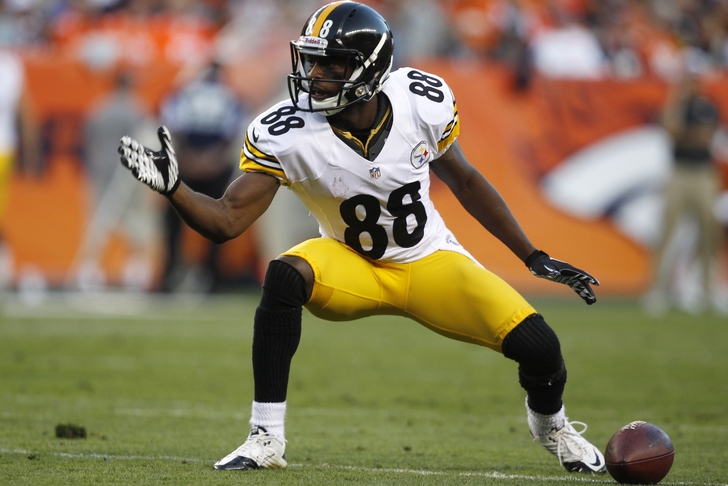 Keep your head up, KC Chiefs fans. Despite what has been a quieter free agency period than many Arrowhead faithful had hoped for so far, one of the bigger named wide receivers on the market will be paying a visit to Kansas City tomorrow.

Free agent WR Emmanuel Sanders heads to KC to visit the #Chiefs tomorrow, according to a source.

The KC Chiefs have been searching for options to line across from Dwayne Bowe, in hopes of improving on a passing game which finished just 24th in the NFL in passing yards (208.8) in 2013.

While the KC Chiefs may not have an exorbitant amount of cap space to work with (estimated $7 million), creative financial work could be enough to reel in one in the coveted 26-year-old receiver.

Sanders had spent the first four years of his NFL career with the Pittsburgh Steelers, before testing the free agency waters here in 2014. He experience what could be termed as his breakout season in his final year with the Steelers--posting career-highs in receptions (67), receiving yards (740), touchdowns (6), and oddly enough rushing yards (1 rush for 25 yards).