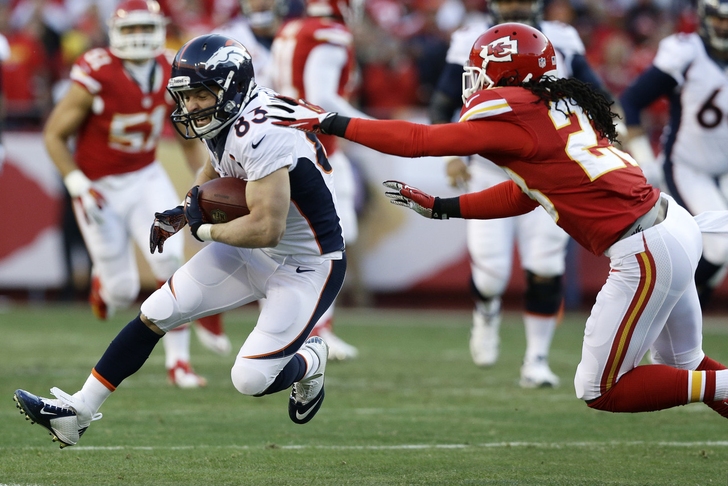 Attempts by the KC Chiefs to hold together a 2013 team which revitalized both the franchise and fans' interest have been hit and miss so far this offseason.

This next loss may qualify as either a hit or a miss.

Per several NFL sources, and his own Twitter account, free agent safety Kendrick Lewis is leaving the KC Chiefs, signing a one-year contract with the Houston Texans--

Thanks KC for 4 good years! Now on to the next chapter of my life and my new home Houston Texas!

The 25-year-old Lewis spent the first four years of his career with the KC Chiefs, making 50 starts in that span.

However, despite seven career interceptions, Kendrick Lewis was given a grade of -2.8 by Pro Football Focus in 2013--good for just twelfth value-wise out of sixteen KC Chiefs free agents at the beginning of the free agency period.

Lewis will land somewhere in the mix with Houston Texans safeties D.J. Swearinger, Shiloh Keo and Danieal Manning on their depth chart. It is unclear as of now if the Houston Texans have designs on starting Lewis, or if he will function primarily in a backup and nickel / dime coverage role.