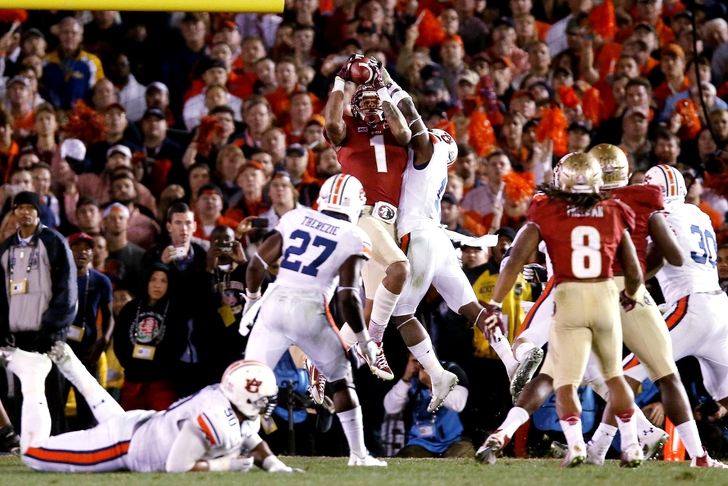 It is never too early to ponder over who the KC Chiefs will take with the 23rd overall pick in the 2014 NFL Draft, and one noted analyst has the Chiefs targeting some needed help at wide receiver from the reigning NCAA FBS National Champions.

"The Chiefs have Dwayne Bowe, and they like the development of former first-round pick A.J. Jenkins, but they also have a limited QB in Alex Smith, a player who needs receivers to be playmakers to make up for the fact that he's not exactly going to pick defenses apart."

The Florida State wide receiver has tremendous size and speed for the position, along with a great "catch radius and ability to beat defenders before the catch and run away from them after the catch."

The KC Chiefs, as Kiper's colleague Todd McShay predicts, could also look at LSU wide receiver Odell Beckham Jr. in the 23rd spot, but Kelvin Benjamin's raw physical attributes may be the clincher to bring him to Kansas City.

The KC Chiefs are just beginning the 2014 offseason, and Chat Sports has the latest Chiefs news 24/7. Follow our Chiefs team page today.