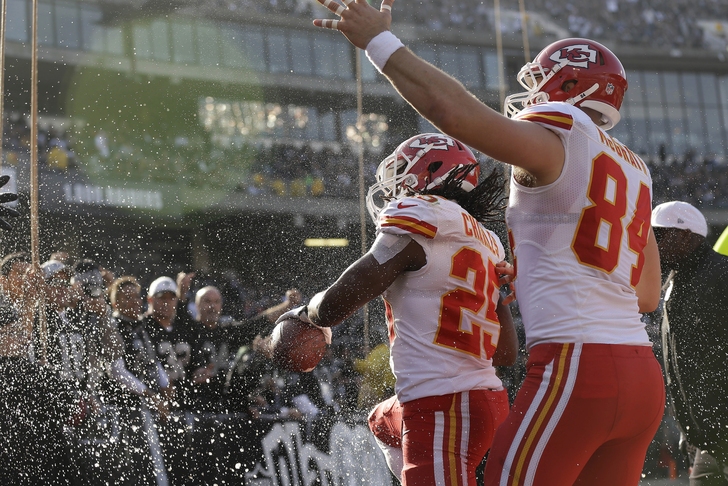 While the world of the KC Chiefs has been focused on finding a legitimate #2 wide receiver to line up across from Dwayne Bowe, one ex-Kansas City Chief believes that everyone may be focusing on the wrong offensive position.

As reported by ChiefsSpin.com publisher Herbie Teope in his piece Healthy tight ends the key to Chiefs offense, former Philadelphia Eagles tight end Luther Broughton, who played under current KC Chiefs head coach Andy Reid with the Eagles in 1999 and 2000, believes that the key to Reid's offensive philosophy both with his former team and with the Chiefs lies in the tight end position --

“That offense is made for a tight end to excel,” Broughton stated in Teope's piece. “A guy like me – I’m not putting myself down, I had enough talent to be good enough – but a backup tight end, a guy like me was able to thrive in that offense.”

Another of Reid's former tight ends in Philadelphia, Chad Lewis, acknowledged the inherent challenges learning Reid's West Coast offense can present-- however, he believes that the work required is worth it --

"If the offensive system in college was nothing like the West Coast offense, then it will be challenging to pick it up and it might even take as a tight end a year to get comfortable,” Lewis said. “But there are a lot of things about the offense that are very basic and if you’re a playmaker, you can have an immediate impact.”

The KC Chiefs' core of tight ends reinforced this notion in 2013, combining for 53 catches, 541 receiving yards, and five touchdowns.