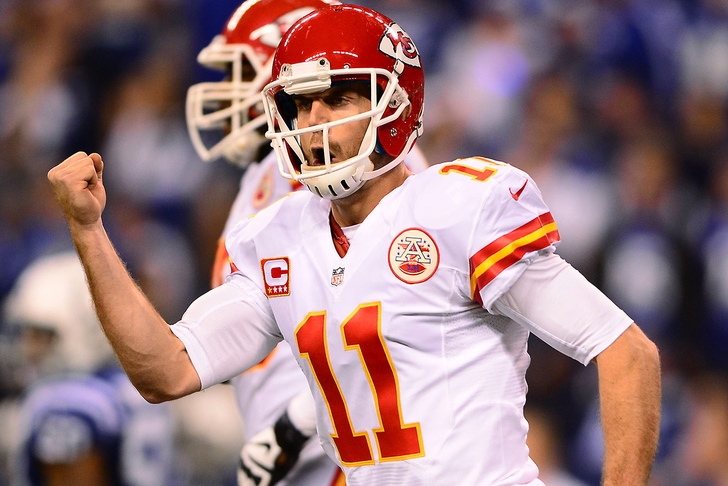 The KC Chiefs may have their sights toward the 2015 offseason rather than this current free agency period, as the number one priority as of right now seems to be re-signing their starting quarterback.

Per Herbie Teope, Chiefs beat writer for the Associated Press, KC Chiefs general manager John Dorsey is working closely with Alex Smith and his representatives on a possible contract extension--

The KC Chiefs quarterback is currently in the final year of a 3-year, $25.2 million contract. He is currently scheduled to make $7.5 million in base salary this coming season, and counts for $8 million toward the KC Chiefs 2014 salary cap.

In his first year with the KC Chiefs, Smith played an integral role in a nine-game turnaround in terms of regular season victories (from 2-14 in 2012 to 11-5 last year)--leading the KC Chiefs to their first playoff appearance since 2010, and just their second appearance in seven seasons.

Alex Smith had the best year of his eight-year NFL career production-wise in 2013, posting career-highs in passing yards (3,313), completions (308), attempts (508), and passing touchdowns (23). His seven interceptions in the regular season marks the third straight year that Smith has thrown seven interceptions or less.

We here at Chat Sports will have more on the ongoing negotiations between the KC Chiefs and Alex Smith as things develop.