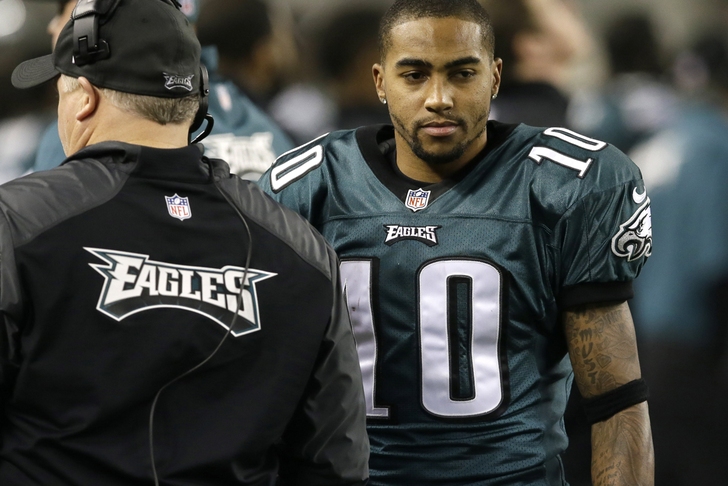 The KC Chiefs came into the 2014 NFL free agency period understanding they were going to have to deal with the constraints of a tight salary cap situation.

Per Ian Rapoport, NFL insider for the NFL Network, it was those very constraints which took the KC Chiefs out of the market for marquee free agent wide receiver DeSean Jackson --

Several NFL sources were pontificating after the KC Chiefs dropped out on Jackson that they were reticent to pull the trigger on the three-time NFL Pro Bowler because of alleged ties between Jackson and gangs in his Los Angeles-area home.

However, it seems that it was the KC Chiefs' limited cap space ($4.66 million) was the culprit in preventing a reunion between the former Philadelphia Eagles wideout and former Eagles head coach / current KC Chiefs head coach Andy Reid.

The DeSean Jackson situation is the latest in a long line of wide receivers this offseason who, despite rumors of KC Chiefs' interest, proved too pricey for the Chiefs to make a legitimate move.