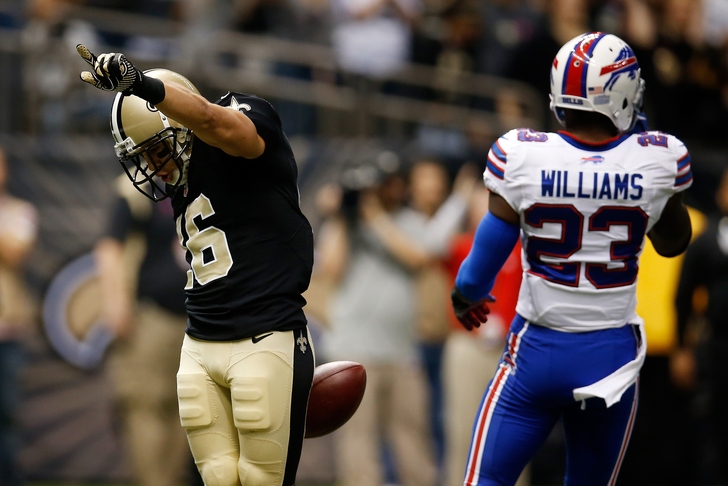 It's no secret that the KC Chiefs are looking for a defined #2 wide receiver to line up across from Dwayne Bowe next season. A recent New Orleans Saints castoff could end up being a viable option in free agency for the KC Chiefs to fill that need.

The Saints have now informed Lance Moore’s reps that he’ll be cut, per source. Tho… his twitter account had the news earlier

Being released today allows Lance Moore to sign with any team he so chooses prior to the beginning of the actual NFL free agency period on Tuesday. Several sources are already indicating that the KC Chiefs could be one of the teams interested in the 30-year-old receiver's services.

Lance Moore struggled to acclimate to the return of New Orleans Saints' coach Sean Payton and his offensive schemes in 2013, seeing sharp decreases in receptions (37), receiving yards (457), and touchdowns (2) compared to his breakout season in 2012.

Under interim head coaches Joe Vitt and Aaron Kromer in 2012, the potential KC Chiefs target eclipsed 1,000 receiving yards in a season (1,041) for the first time in his 8-year career, along with posting 65 total receptions and 6 touchdowns.

A reduced role under the returning Payton, along with a $5.1 million cap hit for 2014 ended up as the impetus for the Saints' decision to part ways with the veteran receiver. The decision will come with $2.5 million in dead money against the New Orleans Saints' 2014 salary cap ledger.

It remains to be seen if this decision ends up working to the advantage of the KC Chiefs and the Arrowhead faithful.