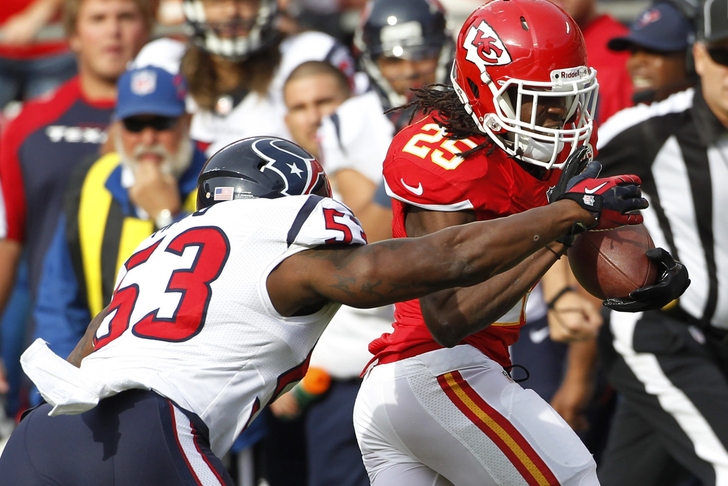 KC Chiefs fans have been waiting nervously for the Chiefs to start making some noise from a additions standpoint during the first 24 hours of the 2014 NFL free agency period--it seems like the Arrowhead faithful are starting to get their wish.

A source confirms @caplannfl’s report that the #Chiefs have signed LB Joe Mays to a two-year, $6 million deal.

Joe Mays appeared in 14 games (13 starts) with the Houston Texans in 2013. The six-year pro, who began his career with the Philadelphia Eagles and Denver Broncos, finished last season with 41 tackles, three passes defensed, and one sack.

Mays' signing may signal that Andy Reid and the KC Chiefs' coaching staff may not be sold on second-year pro Nico Johnson to accept an extended role.

Offensive lineman Jeff Linkenbach had spent his entire four-year career with the Indianapolis Colts, appearing in 60 of their 64 regular season games from 2010-13--33 of those being starts.

Linkenbach can plug in at both tackle and both guard spots on the offensive line, giving the KC Chiefs a measure of versatility to work with.

Chat Sports is your home for everything KC Chiefs. Follow our Chiefs team page today.