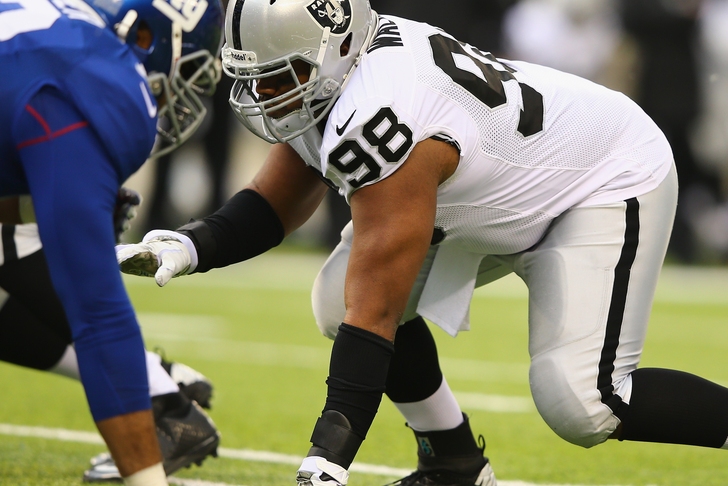 The KC Chiefs took several body blows in the beginning of the NFL free agency period on Tuesday, losing five key free agents in the first hour and a half of the market being opened--while watching one of their division rivals, the Denver Broncos, go on an unbelievable marquee talent binge.

Now, it's time for the KC Chiefs to punch back. However this time they are swinging at the hated Oakland Raiders.

According to ESPN's Josina Anderson, the KC Chiefs have signed former Raiders defensive tackle Vance Walker to a 3-year contract which can be worth up to $13 million--$3.75 million of which is guaranteed.

After spending the first four years of his NFL career serving mostly in a backup capacity with the Atlanta Falcons, Vance Walker was given a chance to be a starter for the entirety of the 2013 NFL season with the Oakland Raiders.

The new KC Chiefs defensive tackle set a career-high in tackles (29), while tying his career-high in sacks (3). The 26-year-old Walker can either slot in at defensive end in the KC Chiefs' 3-4 scheme, or could serve as a backup nose tackle to Dontari Poe if needed.