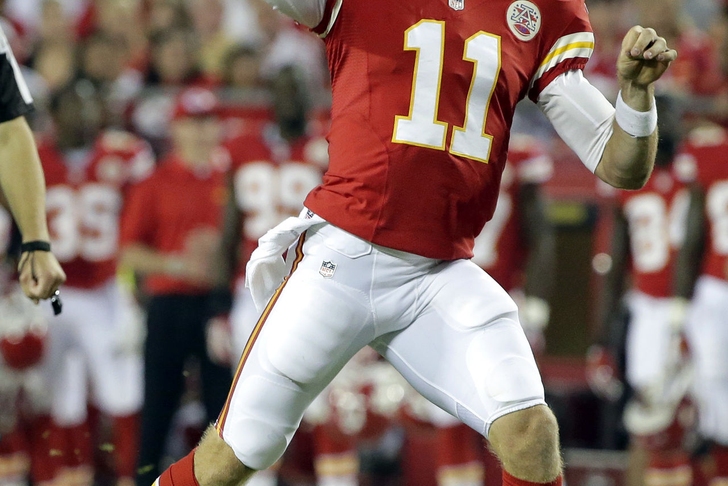 According to Terez A. Paylor of the Kansas City Star, KC Chiefs general manager John Dorsey has already initiated the process of signing Alex Smith to a new multi-year contract extension, which could prove extremely beneficial to both sides--

Dorsey confirms the #Chiefs have reached out to Alex Smith’s representatives. An extension could clear some much-needed cap room.

Smith is currently in the final year of a 3-year, $24 million deal signed with the San Francisco 49ers back in 2012. Taking care of an extension at this juncture would give the KC Chiefs stability at a quarterback position which was in disarray prior to Smith's arrival--along with the possibility of utilizing deferred bonuses to soften Alex Smith's cap hit for the KC Chiefs going forward into 2014.

Negotiations between the KC Chiefs and Alex Smith's representatives are only in the initial stages at this point, but we will keep you posted as things develop.