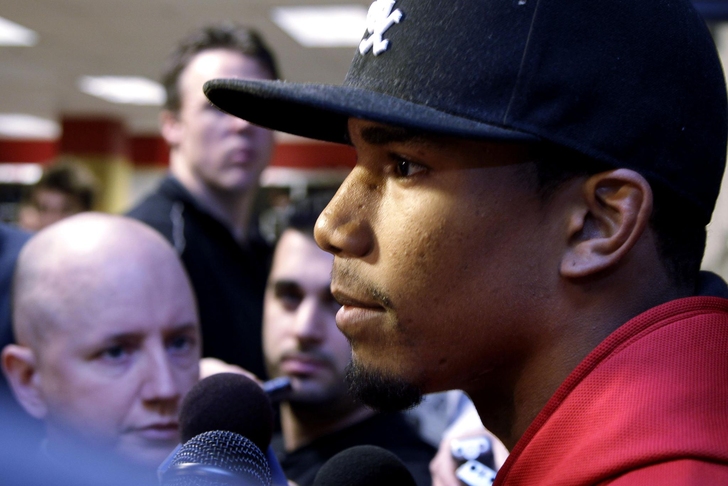 In today's update on the world of the KC Chiefs, the Kansas City Chiefs re-signed free agent wide receiver Kyle Williams on Monday.

Per NFLTradeRumors.co, "the Kansas City Chiefs officially re-signed WR Kyle Williams on Monday, according to the NFL transactions release."

Williams was claimed by the KC Chiefs in November of last year after being cut by the San Francisco 49ers. The 25-year-old wide receiver appeared in 10 games during the 2013 NFL season, posting 12 receptions for 113 yards. He also had 23 yards rushing and was utilized by the 49ers and KC Chiefs as a kick returner.

Williams will most likely be embroiled in a competition for a spot on the KC Chiefs' roster come Week 1 of the 2014 NFL season. The Chiefs are still rumored to be peeking around the free agent market for possible additions, along with looking forward to May's NFL Draft for help as well.

Whether Williams is being re-signed just for training camp depth or for a realistic chance at gaining playing time in Andy Reid's game-planning remains to be seen.

Your KC Chiefs whenever and wherever you want them. Download our new Chat Sports iPhone app and follow our Chiefs team page today.