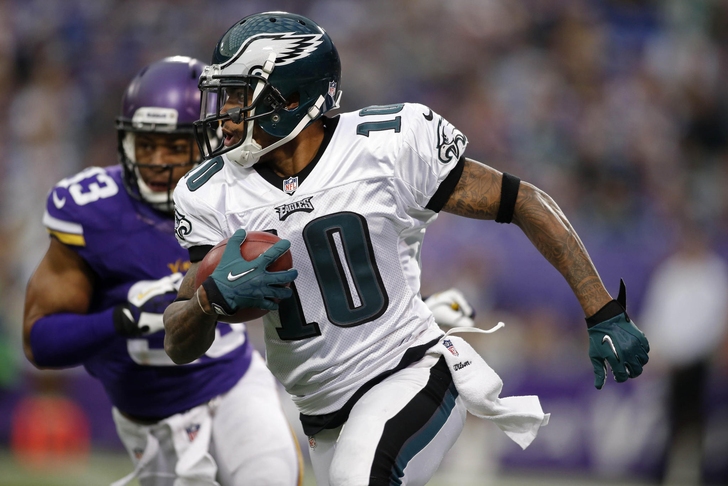 Despite Jackson's ties with former Philadelphia Eagles and current KC Chiefs head coach Andy Reid, it doesn't look like the Arrowhead Twitter faithful will be getting their wish.

Per NFL Network insider Ian Rapoport, the KC Chiefs have now fallen out of the group of seven or eight teams currently pursuing the three-time NFL Pro Bowler --

#Chiefs were among those who did research on DeSean Jackson, as did plenty of others. Source says they are now OUT. He’ll visit Skins Monday

One of the main reasons the KC Chiefs may have taken themselves out of the DeSean Jackson sweepstakes could be their current salary cap situation. The Chiefs have just $4.65 million in cap space left, and would have to do some creative accounting just to have a shot at landing the 27-year-old star wideout.

KC Chiefs fans are already expressing their frustration via Twitter over this decision, as a very vocal portion of the fan base has been taking to the social media service all offseason -- looking for the Chiefs to open their checkbooks in pursuit of a legitimate #1 or #2 option to line up alongside wide receiver Dwayne Bowe.

As it stands right now, DeSean Jackson will not be said option in Kansas City.