KC Chiefs: Are the Chiefs down to four draft options at #23? 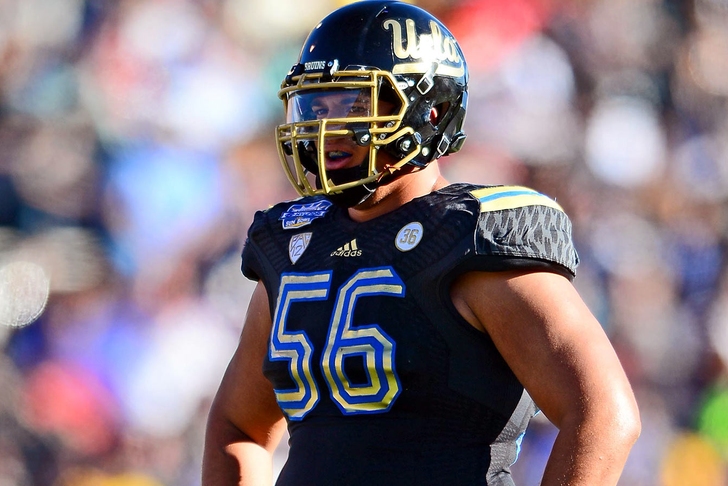 In tonight's look into the world of the KC Chiefs, ChiefsSpin.com publisher and AP writer Herbie Teope may have narrowed the Chiefs' thought process down to four options for the 23rd pick in the 2014 NFL Draft.

Teope has Su'a-Filo as his top choice for the team, stating that "selecting Su’a-Filo, who measures 6-foot-4, 307 pounds, allows coveted versatility on the offensive line. He started 40 games at UCLA and can play inside or outside."

He also argues that Su'a-Filo could start for the team right away, filling a need without having to deal with a long growth process which could hamper his effectiveness out of the gate.

However, Teope also argues that "tight end is essential to Andy Reid’s version of the West Coast offense and can’t be overlooked," meaning that Austin Sefarian-Jenkins could also be a likely choice come day one of the draft.

Your KC Chiefs whenever and wherever you want them. Download our new Chat Sports iPhone app and follow our Chiefs team page today.