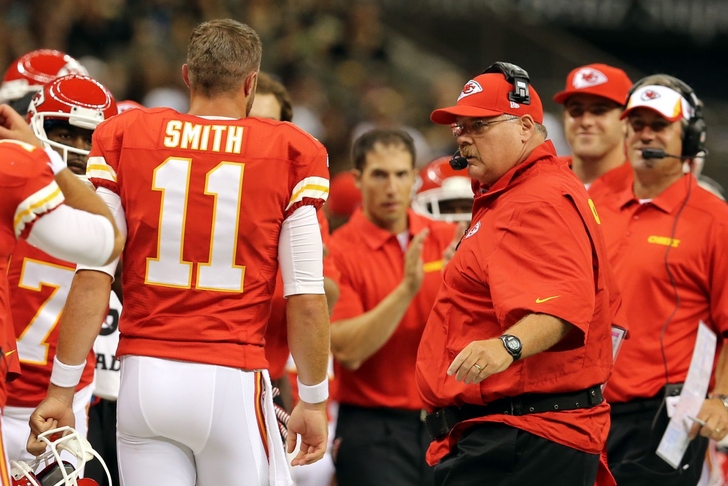 The KC Chiefs are looking to extend starting quarterback Alex Smith's contract past the end of the 2014 season, Smith isn't taking an active role in the proceedings.

According to Randy Covitz of the Kansas City Star, Smith's agent Tom Condon is currently negotiating a possible extension with the KC Chiefs for his client -- with Smith content to focus primarily on football --

“My agent handles all of that, and that’s why you hire that guy to take care of that, so you can focus on football,” Smith states in Covitz's piece. “It’s really not my place. I have a contract for this year.”

Alex Smith is currently slated to make $7.5 million for the 2014 NFL season, and isn't feeling worried or insecure about his future with a potential contract still up in the air:

“I’ve played long enough, going into year 10 now, it’s all year-to-year in my mind anyway at this point,” said Smith.

“You’ve got to continually prove yourself. I don’t think it changes anything as far as my mindset or approach to the game.”