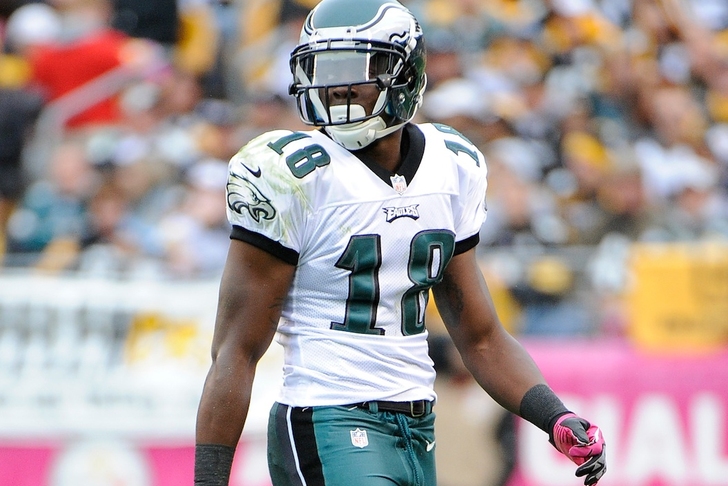 The KC Chiefs came this close to making the 2014 NFL Playoffs season, but they'll have to make due with the franchise's second-straight winning season heading into what will be an interesting offseaon for Andy Reid's boys.

What will the NFL Draft and the rest of the team's offseason schedule bring for the Chiefs as they reload for next season? Find out in out Chiefs Rumors Roundup For Sunday 1/11.

Duron Carter's surname alone is enough to warrant a look, but the son of Minnesota Vikings legend Cris Carter also has tangibles that have caught the eye of the Chiefs.

Per Andrew Kulha of 247Sports, "Carter, who spent two seasons in the CFL after going undrafted in the 2013 NFL draft, was in for a workout in Kansas City this past Wednesday. He's an intruiging wide reciever prospect for a few reasons, manly because of his size, 6-foot-5, 205 pounds, and of course his NFL pedigree."

Duron Carter caught 124 passes for 1,939 yards and 12 touchdowns in his two seasons with the CFL's Montreal Alouettes.

However, a conflicting report from Terez A. Paylor of the Kansas City Star indicates that Gibbs flat turned down the interview request.

That would fall more in line with coach Andy Reid's recent assertion that he wouldn't block his assistant from seeking opportunities elsewhere.

"I’m not into slowing anyone down from being able to better themselves professionally, but we’ll see how all that goes down," Reid said, via 247Sports.

The Kansas City Chiefs receiving corps' struggles to get into the end zone were well-documented this season, and it's likely that the team's brass will look to free agency and draft to boost their talent at the position.

As 247Sports' Andrew Kulha posits, "I don't think anyone would blame them for making some huge cap room for a guy like Jeremy Maclin or even Randall Cobb from Green Bay if the Packers choose to let him walk (unlikely). More likely is that we'll see the Chiefs bring in at least one mid-tier receiver in hopes that he can be the missing piece, though."

Maclin's definitely a "big splash" guy like Kulha terms him to be, but the Chiefs' recent track record with signing wide receivers points to them stocking up from just above the bargain bin.

Follow our KC Chiefs team page for the latest Chiefs rumors and news!