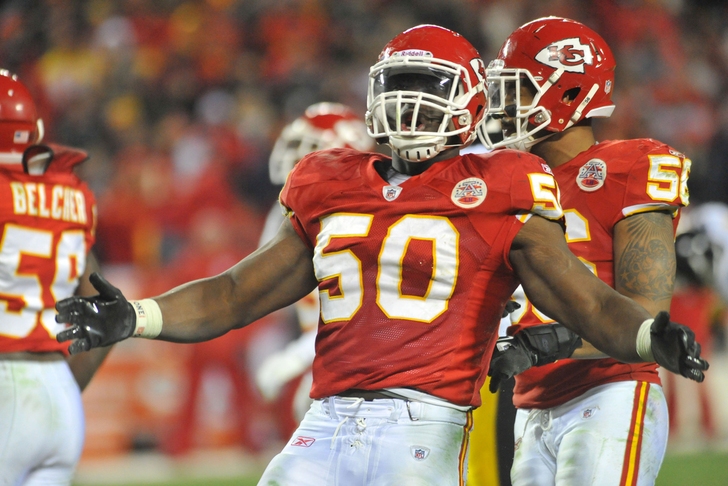 Kansas City Chiefs linebacker Justin Houston will be one of the most coveted defensive free agents on the market if the Chiefs allow him to hit the open market on March 10th.

However, according to the NFL Network's Albert Breen, that doesn't appear likely at the current moment:

And in some cases, tag inching toward likelihood. No recent contract talks between Justin Houston and Chiefs or Devin McCourty and Patriots.

Houston led the NFL in sacks in 2014 with 22, and he'll likely command major money from pass rush-starved teams looking to manufacture pressure on opposing quarterbacks by opening their checkbooks.

However, the Chiefs may be content slapping the franchise tag on Houston, and using the next year-plus to continue negotiations on a long-term deal. Houston's agent reportedly met with the team during the Senior Bowl a couple weeks back, but no progress has been reported.