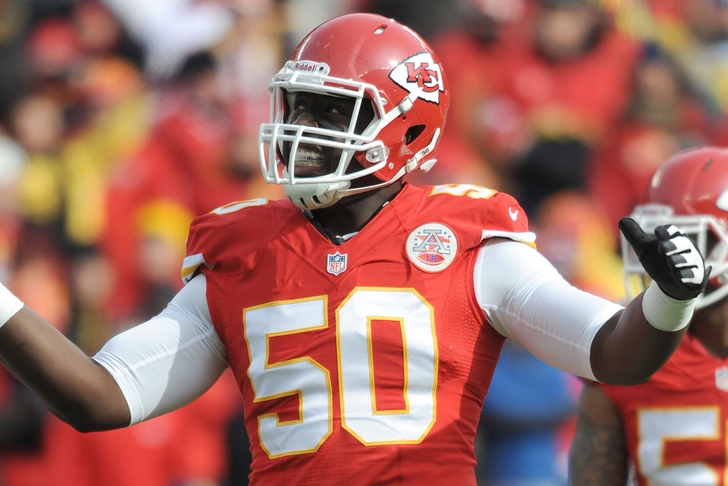 The Kansas City Chiefs used the non-exclusive franchise tag on linebacker Justin Houston prior to the start of free agency this week, leading to news that Houston will "actively solicity" a multi-year deal from another team to force Kansas City's hand, per an NBC Pro Football Talk report.

Regardless of that threat, Chiefs GM John Dorsey maintains that the team will be patient in its negotations with Houston.

“Well, I think the last time I talked to his representatives were about a week ago,” Dorsey said, via the Kansas City Star. “It’s an ongoing process, it doesn’t happen overnight. These things with players of this magnitude, it’s going to take awhile.”

Any team that extends a winning offer sheet for Houston would have to give up two first-round picks to the Kansas City Chiefs as compensation. Asked whether or not the team would consider matching an offer from another team instead of taking the picks, Dorsey said that the team will approach things on "a case-by-case basis."

Houston, 26, led the NFL in sacks in 2014 with 22. Since he has not signed his non-exclusive tender with the team as of yet, it's possible that he could also just wait the Chiefs out for an extended period and go from there.