Chiefs Rumors: 3 Players Kansas City Should Target In The NFL Draft Are... 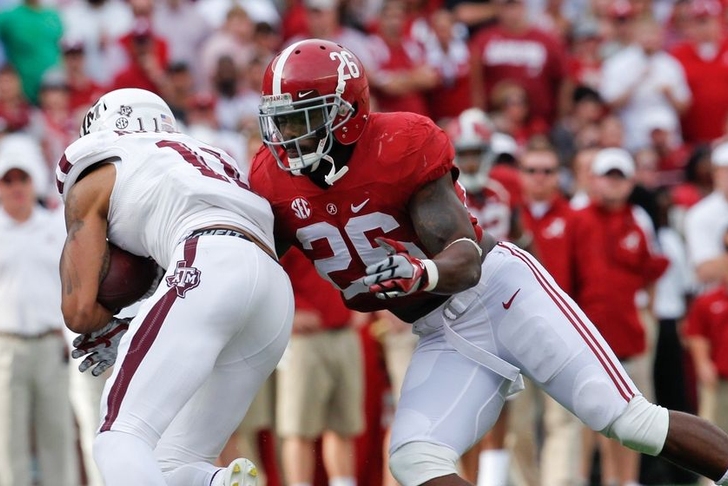 The Kansas City Chiefs narrowly missed out on the playoffs despite their 9-7 record in 2014, and they’re looking to make the offseason moves necessary to get them back to the postseason. Here are the players they’re targeting in the draft to make that happen:

Eric Berry was the leader of Kansas City’s secondary, but his status is very much in the air as he deals with Hodgkin's Lymphoma. Even if he does return, him and fellow starter Husain Abdullah are only under contract for one more season. Collins already has pro size at 6’0″ and 228 lbs., which he uses – along with great instincts – to be an absolute force in the running game. He needs to get more consistent in pass coverage, but he has the skills to be an impact player right away for the Chiefs. No Kansas City receiver caught a touchdown pass last season, and the Chiefs really need to upgrade the position with a gamebreaking wideout. However, signing Jeremy Maclin in free agency allows them to wait and take a wideout in the middle of the draft. Hardy, the NCAA’s all-time leader in receptions, is one of the most reliable options in the draft, won’t be a locker room headache, and will allow Kansas City to utilize Maclin's speed as a deep threat knowing he's available underneath.

Kansas City would like to add some depth to the middle of their offensive line, and it looks likely that the Chiefs will turn to the draft to address that need. Tomlinson would fit in as a skilled, intelligent player who should be able to start right away as a rookie and have a long career.