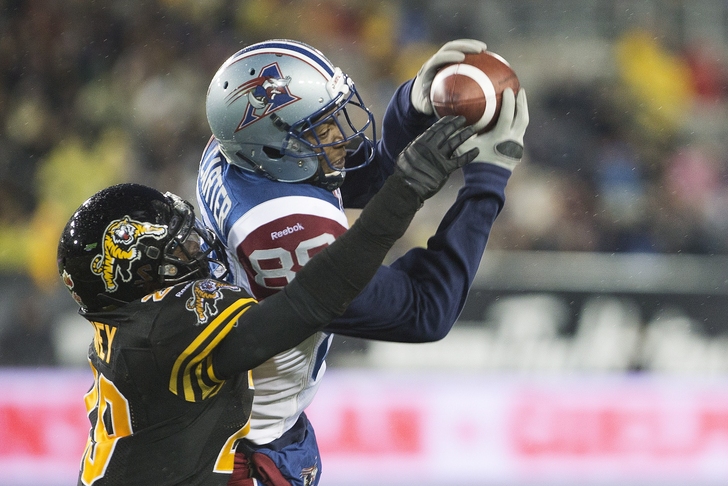 Duron Carter's family tree alone is enough to warrant notice, but the son of Minnesota Vikings legend Cris Carter also has a set of tangibles that have caught the eye of the Kansas City Chiefs.

According to Andrew Kulha of 247Sports, "Carter, who spent two seasons in the CFL after going undrafted in the 2013 NFL draft, was in for a workout in Kansas City this past Wednesday. He's an intruiging wide reciever prospect for a few reasons, manly because of his size, 6-foot-5, 205 pounds, and of course his NFL pedigree."

Duron Carter caught 124 passes for 1,939 yards and 12 touchdowns in his two seasons with the CFL's Montreal Alouettes.

His father, Cris Carter, was inducted into the Pro Football Hall of Fame in the Class of 2013 after playing parts of 16 seasons - 12 of which coming with the franchise he's practically synonymous with, the Minnesota Vikings.