Chiefs NFL Draft Rumors: Everything You Need To Know Heading Into Draft Week 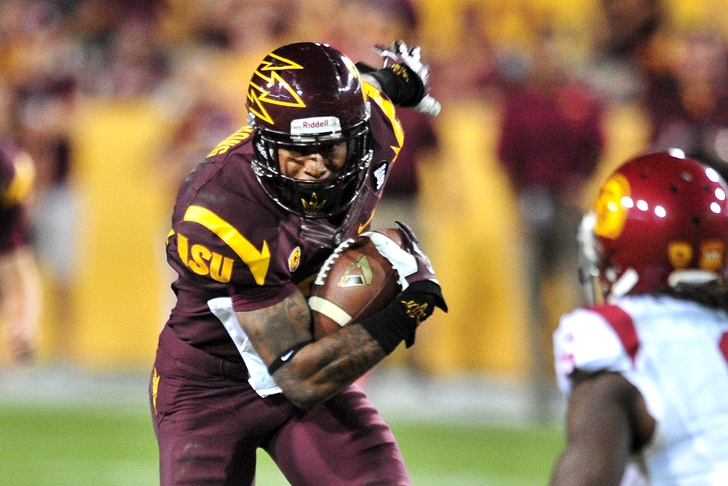 The 2015 NFL Draft is just a few days away, and there’s plenty of reason to be excited about the festivities in Chicago if you’re a Kansas City Chiefs fan. Here’s our breakdown of everything Chiefs fans need to know heading into draft week.

Jaelen Strong A Fit For The Chiefs?

The Chiefs upgraded their wide receiving corps with the addition of Jeremy Maclin in free agency, but there's plenty of room to improve a unit that failed to record a touchdown catch in 2015.

ESPN's Mel Kiper Jr. has a name in mind to help the Chiefs with that -- Arizona State's Jaelen Strong.

Kiper’s take: “I just like the fit. Strong has underrated speed to beat defenses deep, but also gives them size to make contested catches. He might even catch a touchdown pass.”

We’ve seen this pick before, so no major surprise here that the Chiefs would consider Strong (and that we’ll also hear one of 200 mentions of KC receivers catching no touchdowns).

Kansas City not looking to the draft for offensive linemen?

The Kansas City Chiefs are supposedly in the market for offensive line help early in the draft, but that doesn't exactly match up with their pre-draft visit schedule.

Per NFLDraftScout.com's Frank Cooner, the Chiefs met with just one offensive lineman in their 13 visits prior to the 2015 NFL Draft:

The lone O-lineman was Georgia Southern tackle Garrett Frye. The team showed more curiosity in Iowa State defensive tackle David Irving, the only player who the Chiefs saw in a campus workout and a visit to the team facility.

While this doesn't necessarily mean that the team isn't targeting other names, it's an interesting tact nonetheless for a team everyone assumed would look O-line early on.