7 Players The Chiefs Could Sign To Replace Jamaal Charles 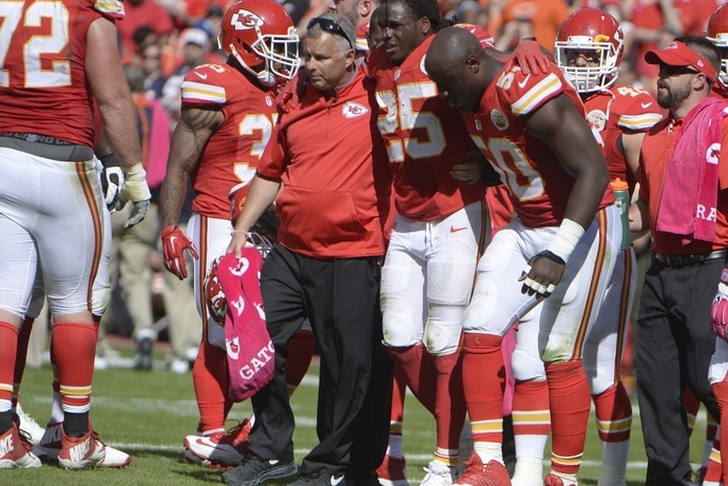 The loss of Jamaal Charles is a crippling blow to the Kansas City Chiefs. He was, by far, their best player on offense and the offense ran through him. With Charles out, Charcandrick West, not Knile Davis, will likely get the bulk of the carries in Kansas City. However, neither player is as talented as Charles.

The good news for the Chiefs is that there are plenty of players worth signing off the street. After all, average running backs are a dime a dozen. There are several players left off this list that are options as well. Unfortunately for the Chiefs, no player will be able to truly replicate what Charles does for the Chiefs. Here are seven players the Chiefs could sign to replace Charles.

Every time an NFL team has needed an RB this season, Rice's name comes up. I'm not a big fan of his, not because he knocked his wife out, but because I think he's washed up as a running back. In his last season with the Ravens, he put up a meager 3.1 yards per carry. He's a 28 year old RB who hasn't played recently, so there is cause for concern. However, expect his name to come up, even if it's only briefly. 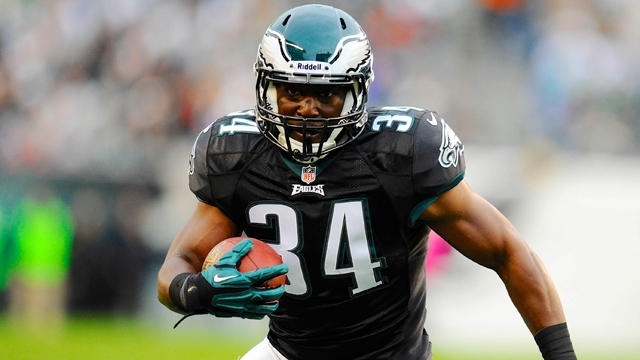 Brown makes the list because he showed potential in Andy Reid's last season in Philadelphia. He's quick and shifty, while adding bonus value as a pass catcher. He was recently cut by the Buffalo Bills and is worth looking into.

Ball didn't make the Broncos roster, but he still has some talent. He has limited upside in the passing game, but offers value as a workhorse type back. Plus, there is the chance he still has the Broncos' playbook. He's worth brining in for a workout.

Another play who is great out of the backfield, Bradshaw is coming off an injury but can still play. The Colts recently brought him in for a workout, so the Chiefs would need to act fast. The Chiefs are planning on bringing Tate in for a workout, and I doubt he'll be the only RB brought in. Tate is best in a one-cut zone system, like the one he was in with the Houston Texans. Tate was a former second round pick, so he has talent.

Ware likely isn't as well-known nationally as the rest of the players on this list, but he might be the Chiefs first choice. That's because he's already on their practice squad and has a knowledge of the offense others don't. He has some upside and he's a young option. If the Chiefs don't want to sign (or trade for) a veteran, expect Ware to get the call to the active roster. Thomas is best catching passes out of the backfield, a talent the Chiefs will miss with Charles gone. He nearly signed with the Texans earlier this year, so he can still play. Thomas doesn't need to be the feature back in the offense, but can be part of a committee. If the Chiefs add an RB, Thomas might be their best bet. In fact, the Chiefs are bringing in Thomas for a workout.