3 Reasons Why The Chiefs Are GUARANTEED To Beat The Ravens 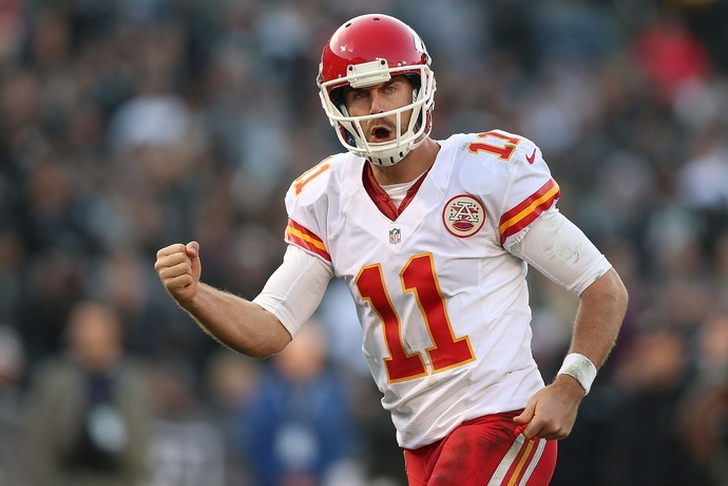 The Baltimore Ravens and Kansas City Chiefs both started the season 1-5, but have gone on completely different paths since. The Chiefs are 8-5 and on track for a playoff berth. The Ravens are 4-9 with nothing to really play for when they host the Chiefs. Here are 3 Reasons Why The Chiefs Are Guaranteed To Beat The Ravens:

3. "Hottest Team In Football"
Ravens head coach John Harbaugh called the Chiefs "the hottest team in football" and he's right. The Chiefs have won seven straight games since their 1-5 start and that's given them a ton of confidence. Despite losing several players to injury, the Chiefs are getting hot at the perfect time. That's not going to change against the Ravens this week.

2. Turnovers
Turnovers win and lose games and that's going to be the case for the Chiefs this week. The Chiefs have forced 24 turnovers and given the ball away just 12 times. That's the second best margin in the NFL, as QB Alex Smith just doesn't turn the ball over. On the complete opposite end of the spectrum are the Ravens. They've forced just 11 turnovers with 23 giveaways. The Chiefs will win both the turnover battle and the game by a wide margin.

1. Ravens' Injuries
If the Ravens were healthy, this would be a completely different game. But, that's not the case. Baltimore has had their season completely ruined by injuries this year. The Ravens have 18 players out for the season and are without their QB, RB, top two WRs and best LB. They'll also be down two starters on the offensive line against the Chiefs. With so many injuries, there's just no way the Ravens will be to pull out a win.