3 Reasons Why The Chiefs Are GUARANTEED To Beat The Lions 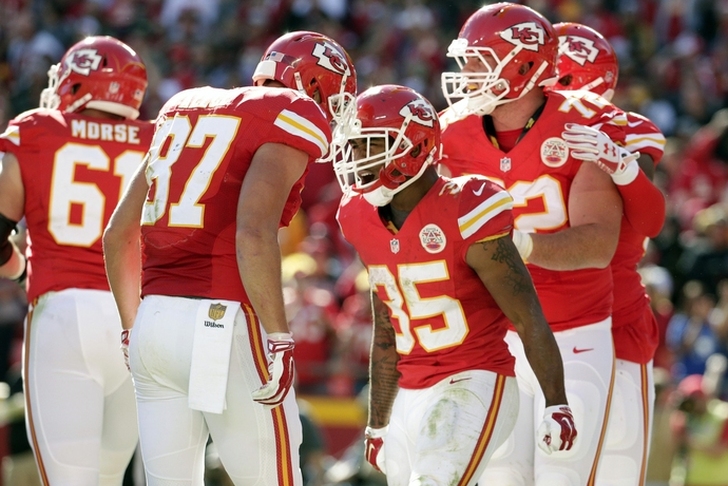 The Kansas City Chiefs are 2-5, fresh off a win over the Pittsburgh Steelers. The Chiefs now face the 1-6 Detroit Lions in London. Both teams have had their issues this season, but it's Kansas City that is correctly favored by four points. Here are three reasons why the Chiefs are GUARANTEED to defeat the Lions.

The Lions fired offensive coordinator Joe Lombardi and two offensive line coaches this week, which isn't easy on the players. The Lions likely won't make many changes to an offense that has struggled this season, without the benefit of the bye. A major coaching change only makes things harder in the short-term, even if the move brings benefits after the bye. The Chiefs will take advantage Detroit's issues and will pick up a win.

Despite a difficult schedule, the Chiefs have racked up 15 sacks this season. Tamba Hali and Justin Houston have combined for 7.5 sacks, but neither is leading the Chiefs. That's defensive end Allen Bailey, who has 4.5. Bailey is only a half sack shy of his career-high. Those three have done a solid job of getting to the QB this season, and that shouldn't change against a Lions' offensive line that has allowed 16 sacks this year. If the Chiefs can pressure QB Matt Stafford, they can rack up sacks and possibly turnovers. That will be enough to help the Chiefs pick up a win.

Even without Jamaal Charles, this is still true. The Lions have the worst rushing offense in the NFL, averaging a woeful 68 yards per game. The team can't run the ball, which makes it harder on Stafford and the defense. Charcandrick West rewarded the coaches' trust by racking up 110 yards after producing just 33 the week before. The Chiefs' ground attack isn't as deadly without Charles, but it's still far better than what the Lions can do. Behind a running game that will control the clock and make life easier on QB Alex Smith, the Chiefs will improve to 3-5.