3 Reasons Why Chiefs Fans Should Be Optimistic About 2015 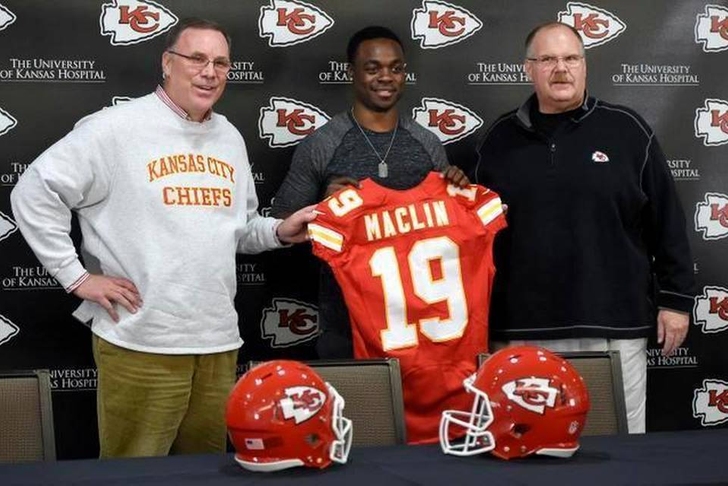 The Kansas City Chiefs suffered a disappointing end to a promising 2014 season, but there's still plenty to be excited about with just a few months to go until the 2015 preseason kicks off. Here's 3 Reasons Chiefs Fans Should Be Optimistic About 2015.

By now you've been hepped to Houston's awkward franchise tag situation, but don't get it twisted. The dynamic Chiefs pass rusher already plays with a giant chip on his shoulder, and this is only going to amplify the aggression. Houston will be back at some point, and whether's he got a new contract in hand or not, this time it's personal.

The 2014 Chiefs were the first team in a half century to finish a season with no touchdowns caught by a wide receiver. Unequivocally the biggest area of weakness for an otherwise champonship-level team, Andy Reid and the Chiefs' brass had a major rebuilding task on their hands heading into offseason. They did just that, parting ways with the underachieving Dwayne Bowe and upgrading to 2014 breakout star Jeremy Maclin. Keep an eye out for Chris Conley, as the 2015 third-round pick has all the makings of a draft steal.

There's a reason why Jamaal Charles is a top-three draft pick in every fantasy football league in the history of man. He's that dang good, both as a straightaway rusher and as a surehanded safety valve catching the ball out of the backfield. When Charles needs a rest, the dropoff isn't that great when you're talking about Knile Davis, a future feature back in this league. The pressure may be on QB Alex Smith to take a leap in this offense come 2015, but some of the stress will be minimized thanks to having such great halfbacks to share the load.