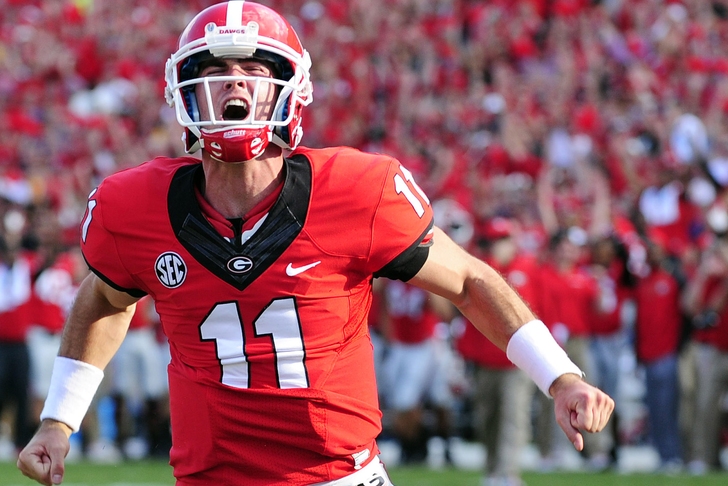 With the 163rd overall pick in the 2014 NFL Draft, the Kansas City Chiefs have selected Aaron Murray out of Georgia.

Aaron Murray is the only quarterback in SEC history to pass for 3,000 yards or more in all four seasons of his collegiate career. He also holds the SEC records for total passing yards (13,166) and passing touchdowns (121). He’s also extremely well-rounded, winning SEC Scholar Athlete of the Year and twice being selected as an Academic All-American.

Murray has a very quick release which he uses to his advantage when under pressure. His decision-making skills are solid under duress, and he doesn’t try to do too much when coverage doesn’t open up. Murray is a popular team leader who has the intelligence and intangibles necessary to start at the NFL level, along with an uncanny work ethic which will serve him extremely well in the pros.

Check out Aaron's highlight video for a closer look into what he brings to the Chiefs: