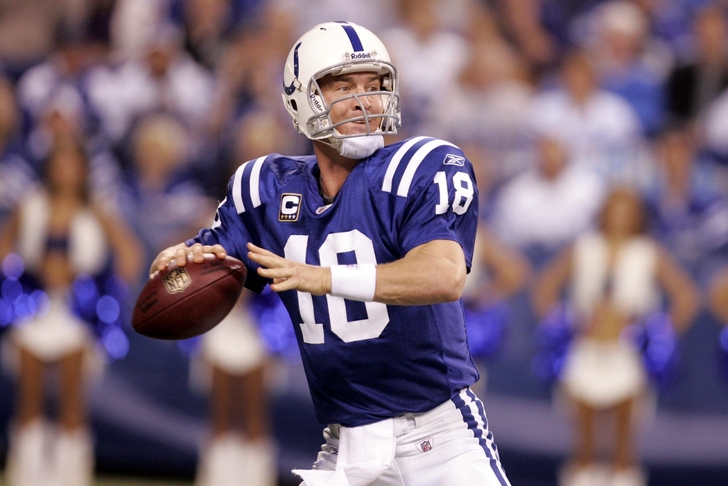 Priority #1 for the Indianapolis Colts is now complete.  Peyton Manning is locked in for the next five years for up to a total of $90 million.  The surprise is not that the Colts have resigned him.  No one was under the impression Manning was going to part ways with the boys in blue.  What comes as a bit of a shocker is the fact that the deal is only worth the $90 million.  Colts President Jim Irsay vowed to make Manning the highest paid player in the NFL.  But the quarterback did a classy and smart move.

He said he would take less money in order to keep the Colts competitive and let them sign who they wish or at least have the ability to try.  This move is welcomed indeed due to the fact Joseph Addai still needed a contract (it was completed shortly afterwards) and they were above the new salary cap when it was made.  There was no obligation on the side of Peyton to help the Colts financially but he is a strong competitor and wants to keep this team on the top of the division.  The new deal he made not only secures his future and the well being of football in Indy, but also hopefully allows them to stay talented enough to compete for a NFL championship.  If Manning wants to go down as the best ever, another ring would be a big step in that direction.

In other news, the Colts, as mentioned above, have resigned Joseph Addai.  Personally, I have questioned Addai numerous times and wondered if he was the long-term solution to a plagued running game but I do believe he has the ability to get the ground game going again.  He will lead the way for the other backs in Brown and Carter.  When healthy, Addai has been a forced to be reckoned with.  No one is trying to compare him to Adrian Peterson or Chris Johnson.  However, Addai fits in great with Indy and has shown flashes of brilliance.

Colts offensive tackle Ryan Diem has been asked to take a pay cut or else be prepared for getting released.  No word on what Diem thinks about the ultimatum yet.  On one hand, it has to be frustrating and Diem may think he services are valued more elsewhere.  On the other hand, this free agency has seen many solid and reliable offensive linemen cut and Diem may look at this as a sign he needs to keep his job in Indy.

The Colts failed to resign linebacker Clint Session and he has now signed a fairly lucrative deal with division rival Jacksonville.  This news must annoy some Colts fans.  Session was an undervalued LB and was a nice piece on the defensive side of the ball.  He maybe has yet to play his best football and Indy will not be able to be a part of that.  They now have a hole to fill in the linebacker corps.  They need to address it in free agency immediately as the market is thinning with talent.

Ending on a sad note, to pair along with the news of Session, the Colts have reportedly let go of CB Kelvin Hayden.  Many believed they would allow him to restructure his contract with him obliging but it seems the case isn’t so.  Hayden was a dependable corner in Indy and while he struggled at times, he showed the ability to hang with great receivers and keep damage to a minimal.  This is yet another hole that Indianapolis needs to address.  In my opinion, it is bigger than the void at LB and the bad news is the corner market is very weak and the best are already off the board.  The Colts organization rarely makes big splashes in the market as it is.  These partings eliminate the possibility of the Colts signing a safety to pair with Bullitt or a gifted defensive tackle to help out with the run defense.  Do they try to fill the voids created?  Or rely on young or average players to come in and attempt to hold it together?  The offense may be in good shape but the defense will need to be improved in some way shape or form.  The window is closing for the team to make a move.  Keep checking back to see if they pull the trigger.