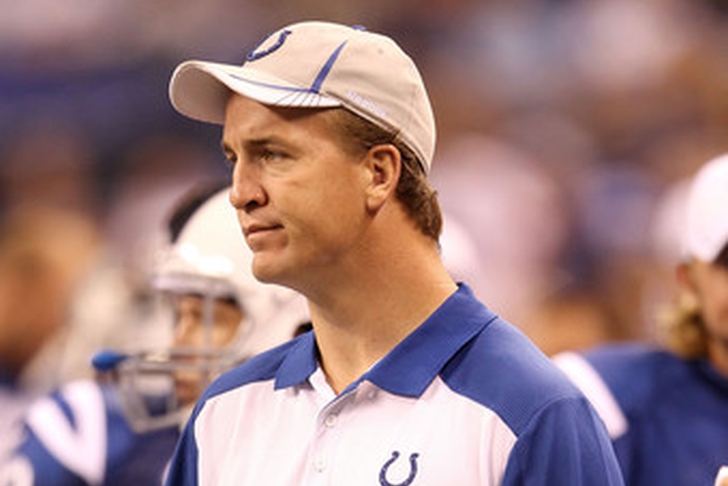 Hearing Peyton Manning will be practicing with the team finally brings a small sigh of relief to Colts fans. Today, Manning was officially taken off the PUP (Physically Unable to Perform) List. Don’t jump in joy just yet though. The truth of the matter is, this move had to be done. If Manning was not activated by Saturday, according to NFL guidelines, he would be ineligible to play for the first six weeks of the season. Manning could miss up to maybe two games because of his neck but he wouldn’t need 7 to 8 more weeks, so the Colts made the smart and obvious choice to remove him from the list.

Practice will start slow for Peyton. He will take limited snaps and the team doctors will have a watchful eye on him. Any discomfort or troubling signs, and the Colts will not hesitate to sit him down. Plays will be scripted and he will not be doing any drills or plays with contact whatsoever. The plus sign is, Manning does get time with his receivers now. Certainly, there will be negative effects from Manning not able to work with the offense until now but this may help cushion the blow for when he returns.

In other news, the backup QB situation is still a hot topic. First, there was the whole Brett Favre rumor mill. Then the Colts actually signed Kerry Collins and he was immediately deemed the second option should Manning not play Week One. That news was contested by Colts Pro Bowl wide receiver Reggie Wayne, who believed Curtis Painter gives the team a better chance to win over Collins.

And Painter made sure to give Wayne some evidence of that on Friday night against Green Bay. The young quarterback out of Purdue went 11/21 for 171 yards and two touchdowns. They numbers aren’t eye-popping but if you watched the game, you started to gain some faith in Painter. He connected for a couple long passes, one touchdown to Wayne and seemed to have control of the offense. Clearly, there is more work to be done but there were flashes of brilliance and also, some receivers dropped some easy passes, which of course hurt Painter’s numbers.

Kerry Collins did not play, although he was suited up. That move was expected due to the very short amount of time Collins has had in Indy. He is expected to play in the last preseason game against the Bengals. This will be the true test to determine who is the number two guy. The Colts organization has already come out and ordained that job to Collins, a bad move in my opinion. Why come out and name a guy who has not even played a snap in a game your number two guy at a critical time? It divides the locker room and makes the other QB doubt himself, since it is deemed he doesn’t have a shot to play. For me, I agree with Reggie. Until I see Collins, it seems foolish to believe any other quarterback on that roster gives them a better chance. Even if Collins comes out and does well against Cincy, the general and sensible thought would be Painter still has the edge because of the time he has had with the organization. Again, reports out of practice say Painter knows what he is doing. Something doesn’t seem to add up and the organization would be wise to keep it’s mouth shut until it the end of preseason to really get a solid gauge of where each quarterback is.

Even as the Colts continue their losing ways in preseason, this has no doubt been the most media attention they have received before the regular season in quite some time. One other note…the Colts have made their first cuts. Eight players were let go, including QB Mike Hartline and KR Devin Moore. Stay tuned for more roster cuts, Manning madness, and other Colts news. Only twelve more days until the opener against Houston!