How Long Can the Colts Last? 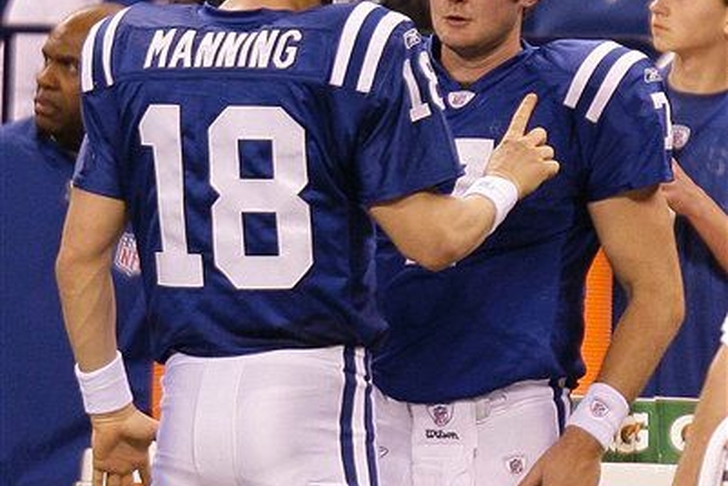 Fans have now gotten their first look at life without Manning…it wasn’t encouraging. In fact, it was the exact opposite. Words such as depressing, sorry, and miserable come to mind. Everyone knew it would be tough but is there even hope? Kerry Collins was NOT ready like he claimed he would be. He lost two fumbles and never got the offense in sync. The running game was shut down and on the other side of the ball, the defense stopped next to nothing.

Already, you hear arguments that this was a ‘team’ loss and that it wasn’t all about the absence of Peyton.  Make no mistake people; it was ALL about the absence of him. The effects of not having a guy who some say may be the best to ever play the game of football…well it’s devastating. The team is demoralized and without a leader. Peyton controlled the offense in such a manner no whooping was too hard to come back from. The defense is not built to shut down offenses completely. It’s job is to get Manning back on the field and hold off a team to around 17 points because we all know Manning can at least come up with 21 of his own. What do defenses have to worry about now against Indy? Gone are the fears of confusion and just being completely worn down by the no huddle offense. Gone is the ability to stop defenses from substituting to create mismatches, which Peyton exploited better than anyone. Are the Colts still in this or do they pack up now and wait until the return of the their franchise player?

Best-case scenario seems that Peyton could return by Week 9 against Atlanta. So they will for sure face the following teams with Manning:

The good news is that those teams are a combined 1 and 6. Only Cincy managed to squeak out a win in the opening week. Pittsburgh and Kansas City got stomped by their opponent, yet they could be the dangerous in weeks to come. Besides them, only New Orleans jumps out as a big time threat. The bad news is all three of those teams are likely to rebound and the rest of the teams fall under a category called young and promising.

If the Colts are going to be competitive, they can't be afraid to give Curtis Painter a shot. I’m not saying this coming week or to give up on Kerry if he starts a little slow against Cleveland. If it clearly isn’t working though after one or two weeks, either put in Painter or go out in the market for either Carson Palmer (if an agreement can be made) or David Garrard. If the Colts can go three and five in time for Manning to come back (should they get best case scenario), there is a decent chance Manning could make a legitimate run at a playoff berth.