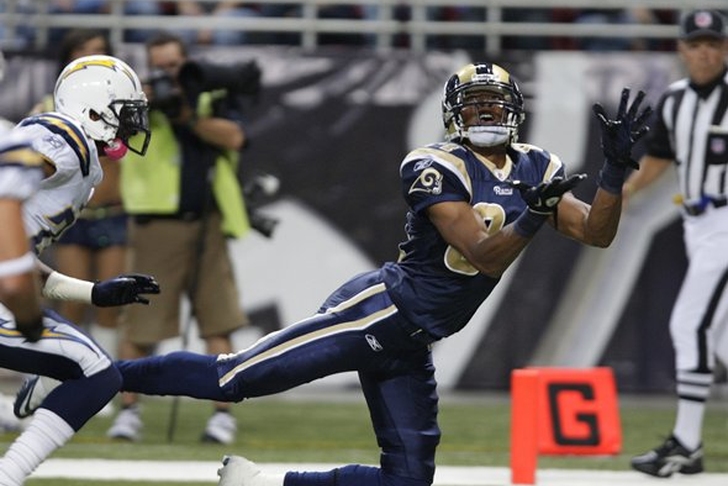 I have now completed two fantasy drafts.  A new development came about yesterday.  I will be joining a third!  At first, I thought maybe my hands are full here with two, but the hardest work for me is done.  I’ve already mapped out my top players by position.  So managing three teams during the season can’t be all that bad.  Heck, it gives me more chances to win a league, right?  I’m going to break down the first draft I did this year, as it is the one I am most proud of and I’ve been doing this league with the same group of guys from high school for a couple years now so it means the most to me.

An hour before draft time, I am told I have the number three pick overall out of ten picks in the first round.  I sit back and crack a small smile.  Number three is good.  It isn’t filled with pressure like the number one pick and it spreads my picks out enough while still getting my hands on either my number one quarterback, running back, or receiver.  Yes, I said receiver.  For those of you who haven’t yet, go back and check out my article about the number one pick in a fantasy football draft.  Getting an elite receiver is not such a crazy idea.  Anyways, back to the draft.  My number one player is Jamaal Charles.  It’s risky and he doesn’t have a long fantasy résumé but that’s what I have chosen.  He has Jones to take the pressure off and still is a home run threat.  He is young and fresh and I see great things in his future.

The person who owns the first pick swore to me several days earlier he was taking Michael Vick if he got that position in the draft.  I thought okay, so there is one down.  Now my best friend has the number two pick.  He isn’t happy about it.  He has no idea what he wants to do yet.  The draft officially begins and the number one pick comes in with little time off the clock.  Adrian Peterson flashes across my computer screen.  What?!  I cry fowl and send the guy a message… “What about Vick?!”  He replies with a very sarcastic and weird “Can’t believe everything you hear babe  ;)” Oh well, probably a wise move on his part to not play his hand.  Adrian Peterson is a smart pick, probably my backup option should Charles not be there.  Now the number two pick and my good friend still seems lost.  The obvious picks seem to be Arian Foster or Chris Johnson but we had just discussed this hours earlier and neither of us were sold on them.  So he puts his pick in and it reads…Jamaal Charles.  What a homer…he is a die-hard Chiefs fan.  I give him crap because I feel he just wants to believe in KC, but deep down, I’m pissed because my pick is gone.

Okay, time to regroup.  Top two running backs are gone.  Look down my list and don’t want to touch another running back this round.  Glance over at the receivers and quarterbacks.  Four names pop out: Aaron Rodgers, Tom Brady, Roddy White, and Andre Johnson.  Despite my argument, I still don’t feel comfortable going for a receiver yet.  Brady or Rodgers.  Mouse moves back and forth between the two.  I click a name.  Aaron Rodgers it is.  He is reloaded with Finley and Grant and now has shown me he is in that elite QB category.  Brady is nice but can he repeat a MVP season?  Here are the following picks leading up to my second round pick.

I’m in disbelief.  My number one receiver is still on the board.  Roddy White comes off and comes off quick.  There is no hesitation because he won’t last much longer.  I have the number one QB and WR on my draft board and couldn’t be more thrilled about it.  I now know where to focus my attention.  The running backs are going and I can’t be left without one from the top 15.  The next picks are as follows.

No more running backs off the board, a plus for myself.  I decide to go with Frank Gore.  This pick was not something I had wanted two months ago.  Signs say Frank Gore has talent and could do well.  I just had fear about the obvious concerns of injury and never had faith in him early on in his career.  After listening to some debates from different fantasy sources, I started to come around on him.  The new Jim Harbaugh offense gives me hope.  Round 4 passes along and I decide to take another shot with Tampa Bay receiver Mike Williams.  He had an impressive year last year.  There is the sophomore slump concern but Arrelious Benn is back and can help take some of the pressure off of Williams.  The next pick approaches quickly and I break a draft rule.  I told myself do not veer away from my draft sheet.  Brandon Lloyd is still on the board but right below him is Santonio Holmes.  Brandon Lloyd had some great flashes last year but I go with Santonio.  My first feeling is regret…how could I have not listened to my own made draft board?  I change my tune an hour later. Holmes is the clear-cut number one in New York and Brandon Lloyd has QB questions, along with a new offense.

The tight end rush starts soon after I pick Holmes.  I know your supposed to stick to your board and ignore ‘the rush’ but I decide to grab Vernon Davis, an elite TE, one of the last available.  I’m fine with it because an elite TE is nice to have on a team.  They are consistent and can have big impacts once in awhile.   WR Stevie Johnson is my 7th round pick, a sleeper from last year, I expect him to continue to rise.  I love my depth at receiver right now.  Then the defense rush begins and I grab NY Jets.  Again, I go with the rush but getting the NFL’s top defensive unit last year is quite alright.

Round 9 opens and with my pick, I decide to be a homer myself.  Joseph Addai comes off the board.  In my defense, Addai is a very consistent RB when healthy and maybe he is due for another breakout year.  Addai is high reward, low risk and that is fantasy strategy at its finest, is it not?  I need to consider a backup quarterback now.  Big Ben has stayed around this long and at times, he can be a worthy fantasy starter.  Aaron Rodgers and Ben Roethlisberger?  Yes, please.

Now get back to loading up on backs and receivers.  The next two picks are Fred Jackson and Danario Alexander.  Jackson is similar to Addai in that he could break out.  CJ Spiller is the only thing keeping his value on the lower side.  I’ve seen Alexander in college and know he has big play potential.  He flashed that potential several times last year.  St. Louis is overloaded with receivers but someone is going to stand out and he may just be the one.

The draft is wrapping up.  I have the depth at wide receiver and as the rounds play out, decent running backs are still available.  My next three picks are as follows: Mike Tolbert, Michael Bush, and LaDanian Tomlinson.  Mike Tolbert will get enough carries to spell young, injury prone Ryan Mathews.  He can also vulture some TDs.  Michael Bush felt like a mistake at first but after seeing this preseason, I have never been more excited about a 14th round pick.  And lastly, L.T…  he still may have some gas in that tank and he still can score.  Why not?  Kicker is Adam Vinateri.  I admit I was actually a homer there.  It’s a kicker though.  Give me a break.