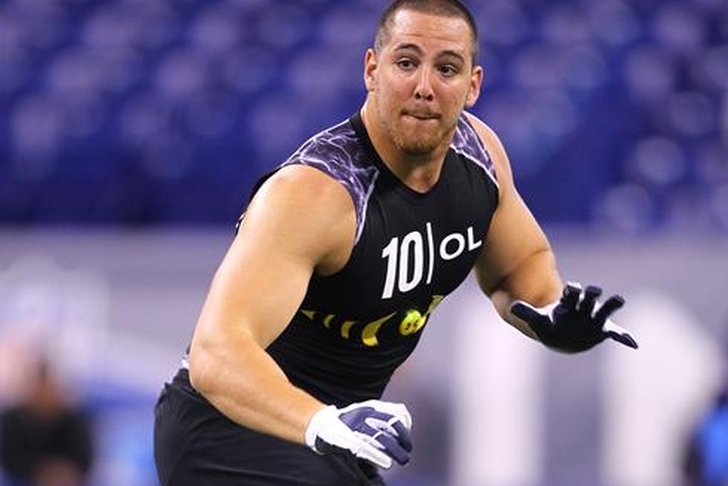 First round draft choice Anthony Castonzo seems like he will fit in perfectly in Indy. His high intelligence works well with the Colts’ complex offense and he is a fierce competitor. Like Igalana, Castonzo is there to help protect Manning and he should become an immediate starter as a rookie at either tackle spot.

Size has always been an issue for Anthony. He went to prep school for a year to put on some weight after not getting any scholarship offers from Division I FBS schools. When Boston College finally came knocking, he played right away at right tackle and after that year, would be moved over to the left side. He is a three-time All-ACC player and tied the school record for most starts at 53. During his time at BC, he continued to work on his strength, and to humor NFL scouts, he played guard at the Senior Bowl because not everyone saw him fit enough to play tackle. The transition was smooth but he vowed to keep trying to earn a spot on someone’s team playing tackle.

Castonzo excels in pass blocking with good quick hands and solid footwork.He moves his feet laterally at an upbeat pace and is able to maintain balance. Where questions remain is strength. Against NFL pass rushers, Castonzo will have trouble stopping a bull rush and any power moves. He has improved on lower body strength but needs to work on his core and ability to stand his ground. For run blocking, Castonzo lacks that mauler body but is one of the most technical sound linemen in the draft. He reads well and takes great angles when moving into the second level. Leverage is the one thing that scouts say could prevent him from becoming an amazing talent for the future but I’m confident the Colts coaching staff will continue to help Castonzo gain all the tools he needs to succeed at the next level.

With no off-the-field issues, a great IQ, and good fundamentals, Castonzo was a shoe-in for Indy when he fell to them in the draft. Depending on what happens in free agency for the Colts, the BC lineman may be asked to protect Manning’s blind-side right away and he should have no problem in doing so. He is a quick learner and a real workhorse. Castonzo will do whatever it takes to become the best and this is why he will become the face of the Colts’ offensive line for the next decade.