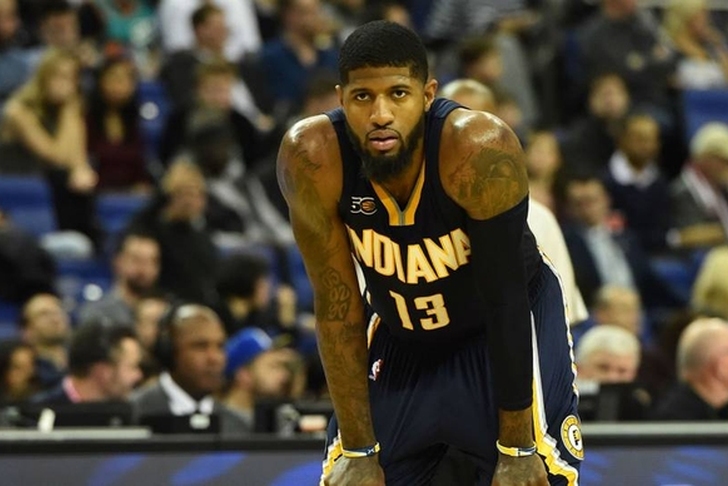 The Boston Celtics and Indiana Pacers are in discussions over a Paul George trade, but the two sides have yet to reach an agreement on what the Celtics would give up. Amid fears Paul George is only a rental, the Pacers are still asking for a steep return in a trade.

League source: Celtics waiting to hear back from Indy's Pritchard, but consider his current demand for George unrealistic.

Source added that Pritchard's last demand was for next year's Nets and Lakers picks, plus starting player(s).

The starting player(s) likely refer to Jae Crowder and/or Avery Bradley. Of course, it could also be Jaylon Brown or Jayson Tatum, both of whom appear off-limits in a George Trade. The addition of the Nets' pick is more than what the Celtics are currently willing to include in a trade.

The Nets' pick could be the No. 1 overall pick again next year and it will likely be a high lottery selection, so it's no surprise the Celtics aren't willing to include that in a trade. With George committed to leaving the Pacers after next year, it's surprising the Pacers are asking for so much. Perhaps they're still trying to pry Brandon Ingram away from the Lakers and are using the Celtics as leverage.

The Celtics are willing to risk the possibility of George just being a rental. They are also trying to land Gordon Hayward, with the belief signing Hayward, will convince George to not go West after the 2018 season. .