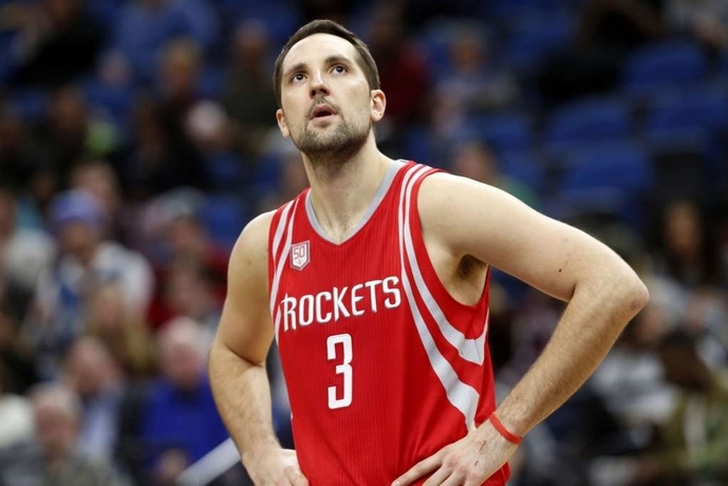 The New York Knicks and Houston Rockets are moving closer to a four-team trade that would send Carmelo Anthony to the Rockets, but a deal would have been completed sooner if the Knicks were willing to take on Ryan Anderson's contract.

However, New York has refused to do so, and they are trying to find another team willing to take him on, according to Frank Isola of the New York Daily News.

Until further notice, Ryan Anderson will be known as “the Melo stopper” because the Houston Rockets forward appears to be responsible for holding up a potential Carmelo Anthony trade. ...

This Knicks-Rockets trade could have been completed two weeks ago if the Knicks were willing to trade for Anderson’s contract. Instead, as ESPN reported on Wednesday, the Knicks and Rockets are trying to facilitate a deal by recruiting a third team and perhaps a fourth.

A source told the Daily News that the deal is on the “two-yard line,” but to push the trade to pay dirt, some team has to want Anderson. And that’s the tough part.

Anderson has three years and $61 million left on his contract, while Anthony has two years and $54 million remaining.

The New Orleans Pelicans are rumored to be included the deal by taking on Anderson, who played for the franchise from 2012-16, but need a fourth team to help make the salaries work.

New York and Houston have also reportedly been talking to the Portland Trail Blazers about being a third team in an Anthony trade. However, it's unclear if those talks are still happening.

Anthony says he's confident he will be traded to Houston. He averaged 22.4 points and 5.9 rebounds per game this past season.