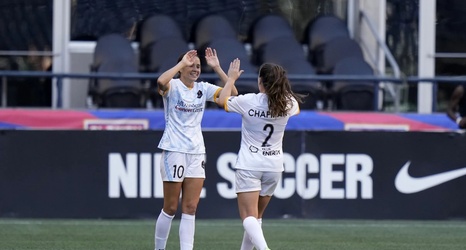 The Houston Dash traveled to the Pacific Northwest for a meeting with OL Reign Sunday evening. Ebony Salmon stayed hot, scoring twice, to give the Dash their first ever win in Washington, beating Reign 2-1.

USWNT star Megan Rapinoe put OL Reign in front after 16 minutes. Rapinoe received a pass from Kim Little, playing in her final NWSL match, on the left side of the field. She took into the Houston box and then unleashed a left-footed volley that beat Jane Campbell at her far post. It was Rapinoe’s first goal of the season, and an unfortunate reminder of just how skilled she is.