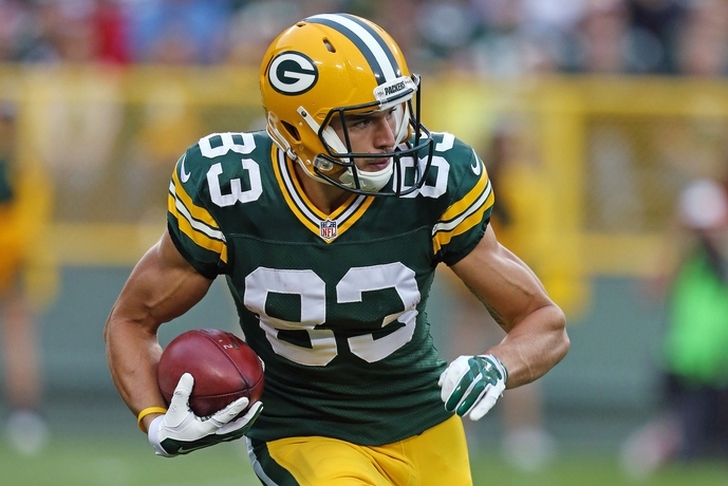 The preseason is starting to wind down for the Green Bay Packers, especially with the first set of roster cuts set for Tuesday. The Packers are in pushing for a Super Bowl year and will need the depth and role players to step up if they're going to go that far. That makes the roster cuts and the rest of preseason a critical time for the Packers. With that in mind, here are the latest preseason news and notes on the Packers.

Jeff Janis Back
The Packers WR broke his hand earlier this offseason, but in a bit of a surprise, returned to practice Monday. Janis sported a club on his hand, and participated a bit in practice. With the club, catching isn't an option at the moment, but Janis' return complicates things for the Packers. He's strong special teams player, but his return eliminates an possibility of him getting placed on injured reserve. That means the Packers have to release him or keep him over an already-crowded group of wide outs. Jordy Nelson, Randall Cobb and probably Ty Montgomery had already locked up spots. That leaves Janis, Davante Adams, Jared Abbrederis, Trevor Davis and Geronimo Allison fighting for the last two or three (and maybe four) spots. There are too many bodies at WR for the Packers, which means someone is going to get cut.

Clark Won't Play In Final Preseason Game?
First round pick and DT Kenny Clark missed time early this year because of UCLA's later graduation date. And now he's missing time with an injured back, which might keep him out of the final preseason game.

"I feel like I got a lot of work in," Clark told ESPN. "Of course I want to play [in the preseason finale]. But I’m just going to go off of what they say."

Clark didn't even travel with the team to take on the 49ers Friday because of a fear of aggravating his back even further. Clark has played just 39 snaps this preseason. The Packers are thin up front and need Clark at least healthy for Week 1.