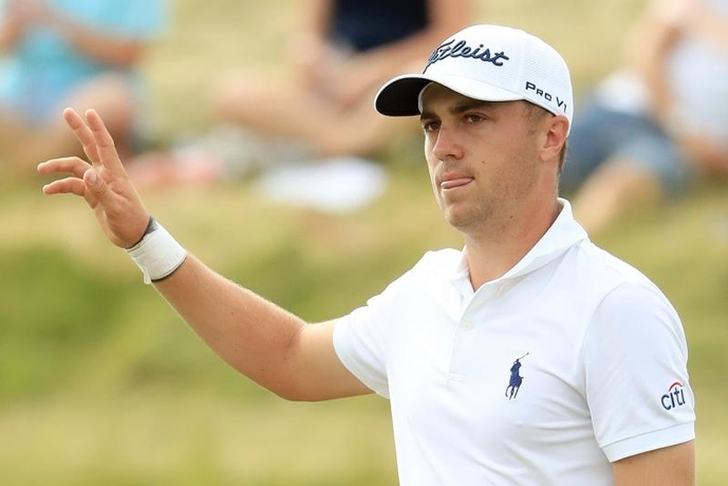 We are now getting down to crunch time at the 2017 U.S. Open, as just tomorrow's final round remains. Most of the leaders after the second round held serve, and Justin Thomas' record-setting 63 firmly put him in the mix as well. Brian Harman enters the clubhouse as the sole leader after going 5-under on the day. In total, 32 players shot under par in the round, which is easily the most in U.S. Open history.

Without further ado, here is the leaderboard, who surprised, highlights and more from the third round of the 2017 U.S. Open below.

There's the top nine on the leaderboard going into the final round, all of whom are still in contention after all shooting well under par today. None of these players has every won a major before, so it will be interesting to see how much nerves play a factor on Sunday. In total, it's a crowded leaderboard with several players in striking distance.

If one of these names can put up a very good round tomorrow, it will really ramp up the pressure on everyone else. Some may like tournaments where it's two players in the final group going back and forth, but having this many players right there should make for a very entertaining day of golf.

SURPRISES:
Justin Thomas sets U.S. Open record for best round under par
We talked about this above, but it deserves to be expanded upon. After starting the day at just two under on the tournament (thanks to a 73 in the first round), Thomas recorded an eagle, nine birdies (including six on the front nine) and just two bogeys to put up the best round in U.S. Open history.

No one has ever shot 9-under in the tournament's history, but Thomas was able to thanks to some good putting and hitting two Par-4 greens in one shot. Here are the highlights of his round.

A three-minute recap of @JustinThomas34's record-setting 63 at the #USOpen. pic.twitter.com/tTAktO4eXw

No major champion within seven shots of the lead
The story of the first two rounds of the tournament was how poorly maybe of the sports' biggest names were playing and how many of them missed the cut. Today's third round put even more of a spotlight on some of the fresh faces at the top of the leaderboard, as we will almost certainly have a first-time major winner walk away with the trophy. No previous major winner is within seven shots of the lead, as Sergio Garcia headlines a group sitting eight back at 4-under.

HIGHLIGHTS:
Justin Thomas drills putt from off the green

Putting while not facing the hole

Third birdie of the day

Patrick Reed chips in a birdie

Who needs a putter? Not @PReedGolf.

Starting off your Saturday with an eagle ... #USOpen https://t.co/ql0GyRjulA