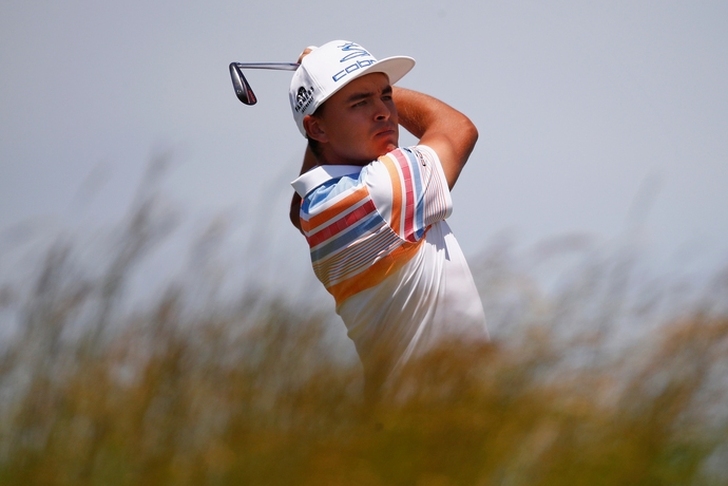 The first two rounds of the 2017 U.S. Open are now in the books, and four players are tied for the lead as we head into the weekend. Rickie Fowler appeared to be in control of this tournament after a dominant first day, but a 73 on the day let several other golfers back in contention.

Paul Casey, Brian Harman, Tommy Fleetwood and Brooks Koepka are all tied for the lead at -7 after all shot under par today, while a few scores in the 60s put players on the leaderboard. The most notable of those was Hideki Matsuyama, whose 65 was the lowest of the day and helped him recover from a first round 74.

Without further ado, here is the leaderboard, who surprised, highlights and more from the second round of the 2017 U.S. Open below.

There's the top 10 (and change), and there are two major trends - there continues to be a lack of big names and star power at the top, and the group is considerably different than it was yesterday. Rickie Fowler and Paul Casey are the two biggest names, but that's about all the casual fan will recognize. However, having this many golfers so close together means that we should be in for an extremely entertaining weekend with plenty of movement and drama. In the end, it looks like this will go to a first-time major winner.

SURPRISES:
Amateur Cameron Champ sitting at -5
Another notable thing from the leaderboard we didn't touch on above - notice that small "a" next to Cameron Champ? That stands for amateur. That's right - an amateur player (who isn't even ranked among the top 10 amateurs in the world) is in contention at the U.S. Open going into the weekend. It remains to be seen if he can continue playing at this high level, but it's certainly been an awesome story from the opening rounds.

And around we go!

Top players miss cut
These guys really dropped the ball, huh? With now Tiger Woods or Phil Mickelson, the casual fan was hoping to have some big names to root for on Saturday and Sunday. That will not be the case. Dustin Johnson (+4), Rory McIlrory (+5), Jason Day (+10...yikes), Bubba Watson (+4), Henrik Stenson (+3), Adam Scott (+3), Jon Rahm (+5) and Alex Noren (+6) all will not be playing this weekend.

Only Sergio Garcia (-3) and Jordan Speith (E) are the only big names not on the leaderboard who will be playing the weekend - and both have some work to do.

Puttin' Putnam. @Michael__Putnam is doing his thing at the #USOpen. https://t.co/HirKm2FLZt

A 51-foot downhill putt? No problem for @RickieFowler. #USOpen https://t.co/cpq5vvsLlr