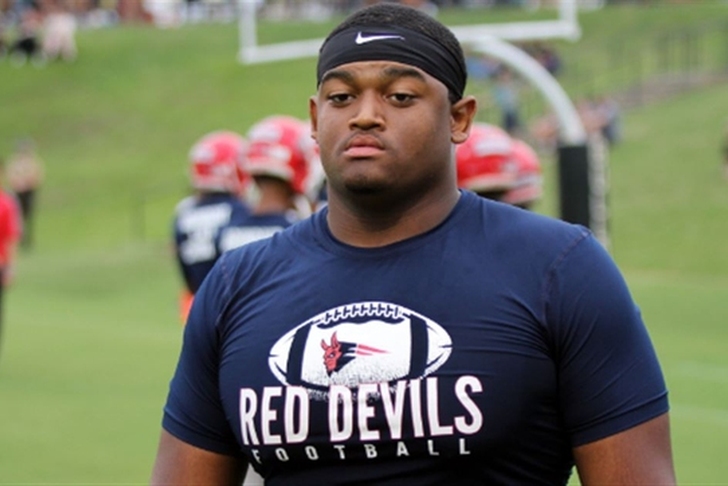 Four-star defensive tackle Michail Carter (Jackson, GA) announced that he has committed to the Georgia Bulldogs over Alabama, Auburn, and Clemson. He joins a UGA class that ranks 13th in the country.

Carter placed a big emphasis on staying close to home throughout the recruiting process, and though he took official visits to Clemson and Alabama over the last two weeks, the Bulldogs were always the heavy favorite to land him. Head coach Kirby Smart even made Carter a top priority, making an in-home visit just one day after he helped Alabama win the national championship.

Carter is ranked as the No. 15 defensive tackle and No. 118 overall prospect in the country, including the No. 14 player in the state of Georgia.