WATCH: Every Florida State TD From The Seminoles' 33-32 Win Over Michigan 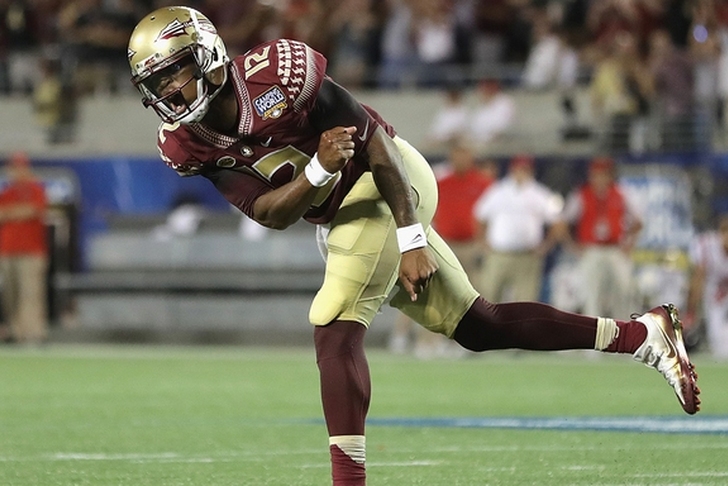 The Florida State Seminoles managed to pull out a thrilling 33-32 win over Michigan in the Orange Bowl, giving FSU 10 wins on the season. The Seminoles built a big early lead, then gave it up, then managed to comeback and get the victory on their last dive of the game. Here is every touchdown Florida State scored in the win:

On the opening drive of the game, Dalvin Cook found the end zone with this two-yard run.

FSU didn't score again until the 4th quarter, when Francois ran for a 3-yard TD.