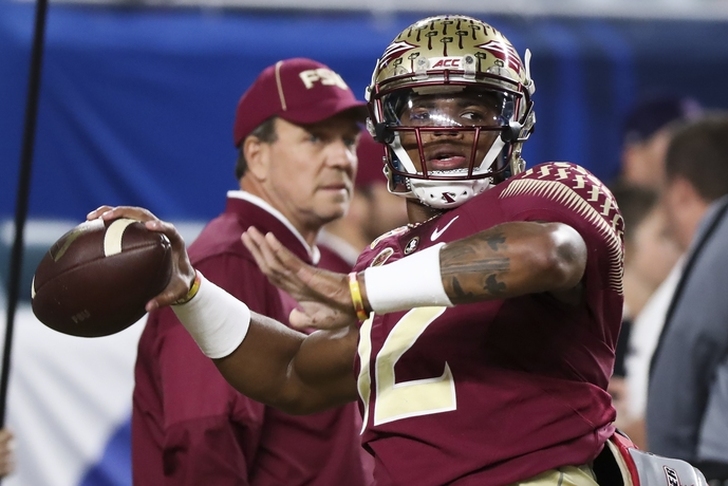 The Florida State Seminoles had a successful 2016 season, and all signs point to that being the foundation for a truly great 2017. With one of the most talented rosters in the country, Deondre Francois & Co. are poised to compete for a College Football Playoff berth - and a national championship. Will they be able to do just that? Here's a game-by-game prediction of their season:

Following the Alabama game, FSU will need an easy tune-up game before starting conference play. This will give them that.

Florida State and Miami and squaring off earlier than usual this year, and that plays right into FSU's hands. On top of having the edge playing at home, Miami is breaking in a new quarterback - who should struggle in his first major road test.

NC State is a popular pick for a breakout team this season and is a tough place. That said, I don't think the breakout year will happen for them. Florida State wins this game rather comfortably and will dominate both sides of the ball.

The talent gap between Wake Forest and Florida State is very, very large. The Tigers will win easily.

Duke has never beaten Florida State and that won't change this year.

Lamar Jackson is back and could win the Heisman for the second year in a row. However, Louisville has to replace a lot of starters from their 2016 team, but Jackson is capable of winning a game by himself - something Florida State knows all too well. But FSU's defense will limit him in front of their home crowd and win relatively easily.

Boston College is excellent defensively - but their offense is just as putrid. Florida State wins a low-scoring game by double-digits.

This is another game in which Florida State has a major talent advantage, though it will be trickier than others. Syracuse has a very explosive offense capable of putting 40 and 50 points on the board. However, FSU's defense is going to really limit them - and Syracuse's defense couldn't stop a nosebleed last year.

Much like the last few seasons, this is the game of the year in the ACC. Both sides are fairly evenly matched, but Florida State does have one big advantage - Deondre Francois at quarterback and more proven offensive weapons. Francois will lead the Seminoles to a close road victory.

Yeah, there's no way Florida State is losing this one.

Florida is a talented team, but they still lack a proven quarterback (no, Malik Zaire isn't one). Until they get one, they aren't a threat to FSU.