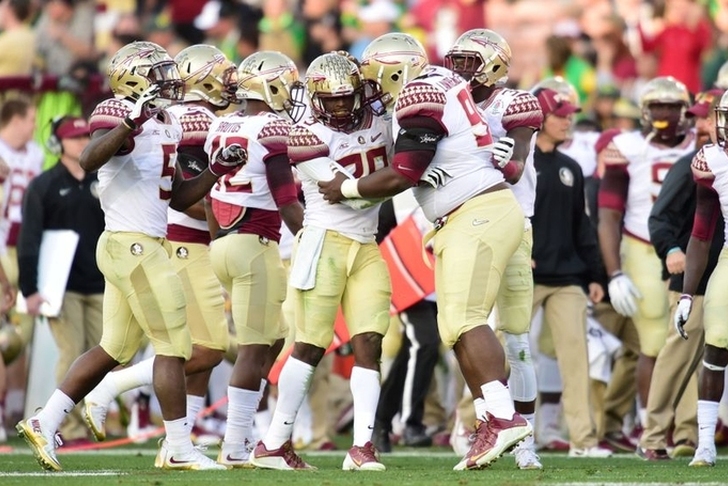 The Florida State Seminoles won't make the College Football Playoff, but with an impressive 10-2 record, there's a VERY good chance they end up in a prestigious New Year's Six bowl. Here are FSU's three most likely destinations this bowl season:

The Sugar Bowl has a spot slotted for an SEC team, but since Alabama beat Florida as expected in the SEC Championship Game, they're be in the playoff and no other SEC team may be ranked high enough to get the spot. Ole Miss is the most likely option to end up in the Sugar Bowl, but if they were to somehow miss out on a New Year's Six bowl, Florida State would take the SEC's place in the game.

This scenario is unlikely, but still a feasible one.

Florida State will get one of the at-large bids in the New Year's Six, and the Fiesta Bowl is the least likely of the two at-large options. This matchup is designed for at-large teams closer to the West Coast, but if Clemson loses to UNC in the ACC title game, they'd take the East Coast spot and force FSU out west.

Since there were no upsets on conference championship weekend, Florida State will be making the short trip to Atlanta to play in the Peach Bowl. The ACC doesn't have a predetermined slot in any New Year's Six bowl game this year as the Orange Bowl is being used as part of the College Football Playoff, meaning the Peach Bowl will likely be where the highest-ranked ACC team (other than Clemson) ends up. Right now, that's the Seminoles.