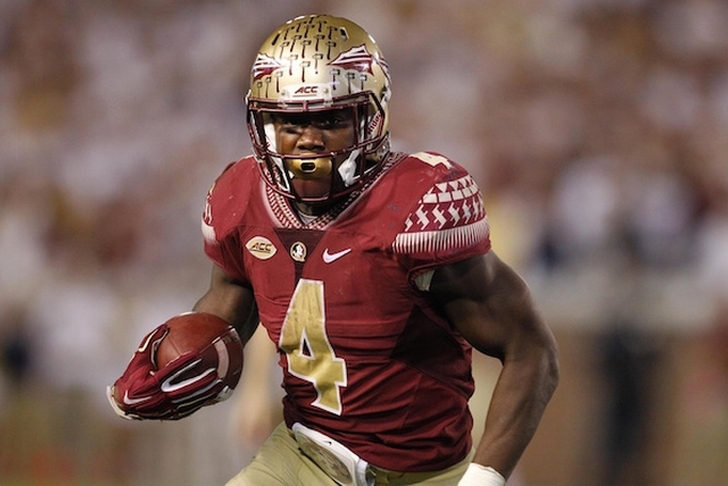 The Florida State Seminoles suffered their second loss of the season in a disappointing 23-13 defeat to Clemson on Saturday afternoon, dropping them out of the ACC race. Here are three things we learned about the 'Noles in the game:

3) Sean Maguire is not the answer at QB

Maguire made his first start of the season against Syracuse last week thanks to an injury to starter Everett Golson, but he played so well that the 'Noles gave him the start again against Clemson. However, that did not go as planned. Maguire completed just55 percent of his passes for only 165 yards and an interception.

Cook has carried Florida State's offense all season, and he nearly carried them to a victory in this one, rushing for 194 yards and a touchdown in this one - including a 75-yard TD run on the Seminoles' first play from scrimmage. He also kept his place as the NCAA leader in yards per carry on the season.

FSU has flown well under the national radar for most of the season, but this defense proved that they're one of the best in the country in this game. They limited an extremely explosive Clemson offense for most of the game, keeping them in the game much longer than they should have been. While there is a lot of youth on both sides of the ball in Tallahassee, this unit has proven they are a major force to be reckoned with.