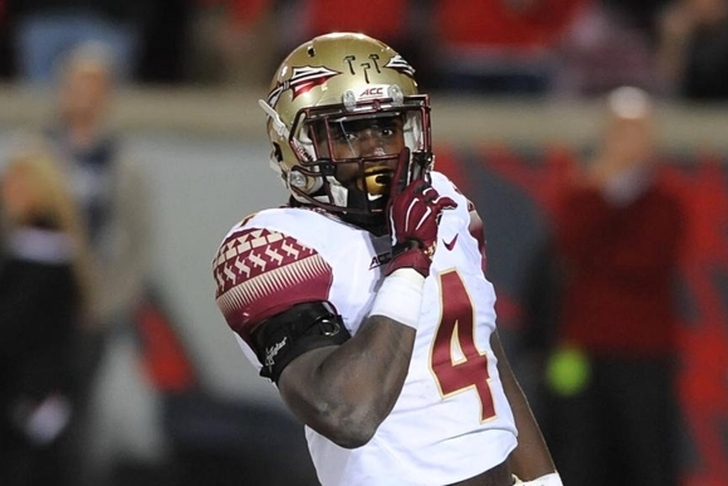 Former Florida State Seminoles running back Dalvin Cook was arguably the best running back in the country last year, and he is virtually guaranteed to be a first-round pick in the upcoming NFL Draft. Some scouts think he's a top 10 talent and could be the first running back off the board (before LSU's Leonard Fournette), while others expect him to go in the mid- to late-first round range. Here are the three teams that are the most likely to draft him:

1) Washington Redskins
There are some off-the-field worries around Cook are real, but Washington has a history of looking past such issues for talented players. And, with the Redskins' front office overhaul, they're back to their old ways. Time for a new shiny toy that will help upgrade the ground game.

2) Tampa Bay Buccaneers
With Doug Martin's future in doubt, Cook makes perfect sense as a 3-down replacement. Tampa has flirted with the idea of signing Adrian Peterson, but Cook would be a much cheaper option and someone who could a long-term impact player. Plus, it would be fun to see Cook in the same backfield with Jameis Winston again.

3) Green Bay Packers
This is the worst-case scenario for Cook. Obviously, going to a Super Bowl contender with a major need at the position isn't the worst position to be in, but he would like to go a lot higher than No. 29 overall. Concerns over injury issues and mediocre combine testing could drop him to Green Bay, but this is his floor on draft night.