3 Reasons Why Dalvin Cook Should Win The Heisman 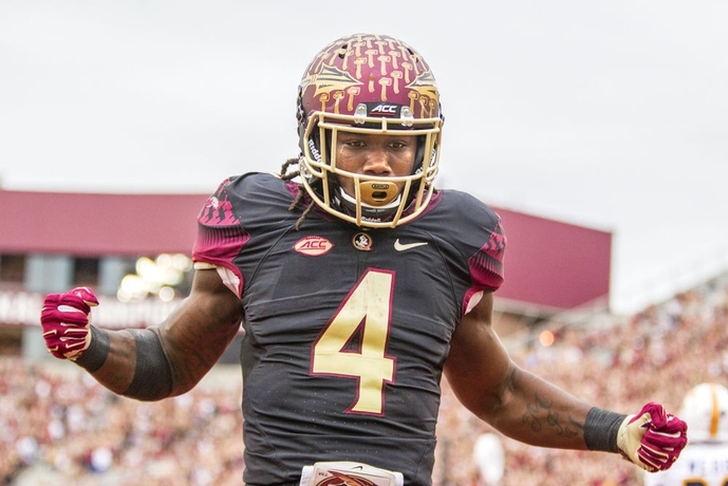 The Florida State Seminoles won't make the College Football Playoff this year, but they could still end the season with some hardware. Running back Dalvin Cook has proven to be one of the best players in the country and is right in the thick of the Heisman race despite being overlooked for much of the season. Here are three reasons why Cook SHOULD win the Heisman:

Cook ranks sixth in the country in rushing yards and seventh in rushing touchdowns despite essentially missing two games with injuries this season. While those numbers are staggering by themselves, a better measure of Cook's effectiveness is his yards per carry, which eliminates the little bit of time he's missed. He leads all Power 5 players with at least 100 carries in yards per rush (8.0), showing he does more with the ball in his hands than any other Heisman contender.

2) Lack of other legitimate contenders

Another factor leaning in Cook's favor is that no one has run away with the award this year. LSU's Leonard Fournette looked like he was going to, but three bad games have ended his hopes. Alabama's Derrick Henry is the current favorite, but that's more of a de facto position because of Alabama's success. Cook has as good of numbers as both of those guys, and he has another big stage to impress voters against Florida this weekend. If he has a big game against the Gators, he'll because a front runner.

1) He has carried Florida State's offense

Florida State has won nine games this year despite lackluster quarterback play all season thanks to Cook's production, effectiveness, and impact on the team. He only has recorded multiple touchdowns in six of FSU's 11 games this year and is the 'Noles fourth-leading receiver. No other back does as much for their team as Cook this season, and he should be rewarded for it.