3 Position Battles To Watch For The Florida State Seminoles 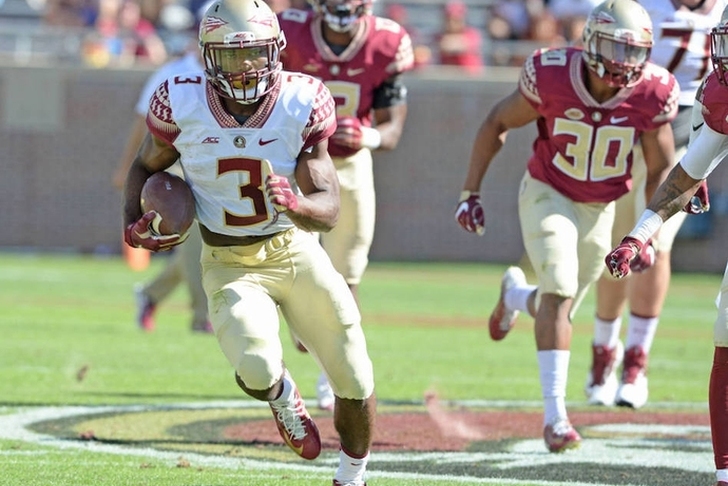 The Florida State Seminoles are putting their final preparations in place for their season opener against Alabama this weekend, and while their depth chart is mostly in order after fall camp, there are still a number of battles that will extend into the season. In some cases, a starter has already been named but still have to secure their spot on the field. With that in mind, here are three position battles worth watching for FSU:

Jacques Patrick is the starter - but freshman Cam Akers is simply too good to be kept off the field for that long. Will Florida State use a two-back rotation to utilize the skills of both players? More than likely. However, I think Akers is more the more talented back and, as he improves in pass protection as the season wears on, will become more of the focal back.

Ryan Izzo is expected to get the start against the Crimson Tide since he's the most well-rounded player at the position, but that doesn't mean he'll keep it. Mavin Saunders saw his role increase as the season went on last year and should see it grow even more as he gets more experience. He's the most athletic tight end on the roster and has the most upside, giving him a chance to take over the starting role at some point this season.

Derwin James is firmly entrenched as the starter at free safety, but there are questions about the rest of the secondary. And it's not because the Seminoles lack talent - rather, it's because they have an abundance of it. Chances are we'll see as many as eight or nine secondary players take the field on Saturday. The biggest question probably comes at cornerback. Tarvarus McFadden is pretty set as one starter and Levonta Taylor is expected to start at the other corner spot, though Kyle Meyers is expected to really challenge him for that job this season.