Pierce a steadying force in midst of a trying season 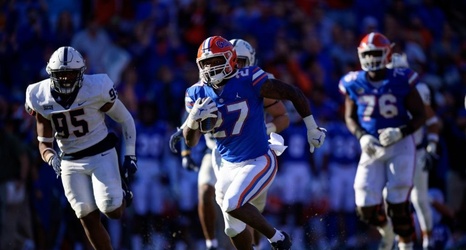 There hasn’t been a whole lot of consistency with the 2021 Gators football team.

The offensive line started the year looking like one of the best units in the country after they pushed Alabama and Tennessee around Spurrier-Florida Field. Then they committed a bunch of false start penalties at Kentucky and only paved the way for 82 rushing yards against South Carolina.

Quarterbacks Emory Jones and Anthony Richardson both have had a couple of record-breaking performances this season and several really bad games with multiple turnovers.

Defensively, the front-seven held four of their first six opponents to under 100 rushing yards.